On Friday I got an email confirming that the funding for my care at home has moved from Social Services to the NHS. This is known as a Personal Health Budget (PHB). They also sent me a breakdown of the hours and costs involved, and this is the first time in over a decade that I’ve fully understood both my support plan and the money that relates to it. The care I receive hasn’t changed at all – just the department that funds it.

It’s taken me a couple of days to write because I can’t quite believe that this epic process, that’s lasted eleven months, is complete. Seven professionals were directly involved, and I’ve spent around 64 hours in assessments, answering emails, and reviewing care plans. 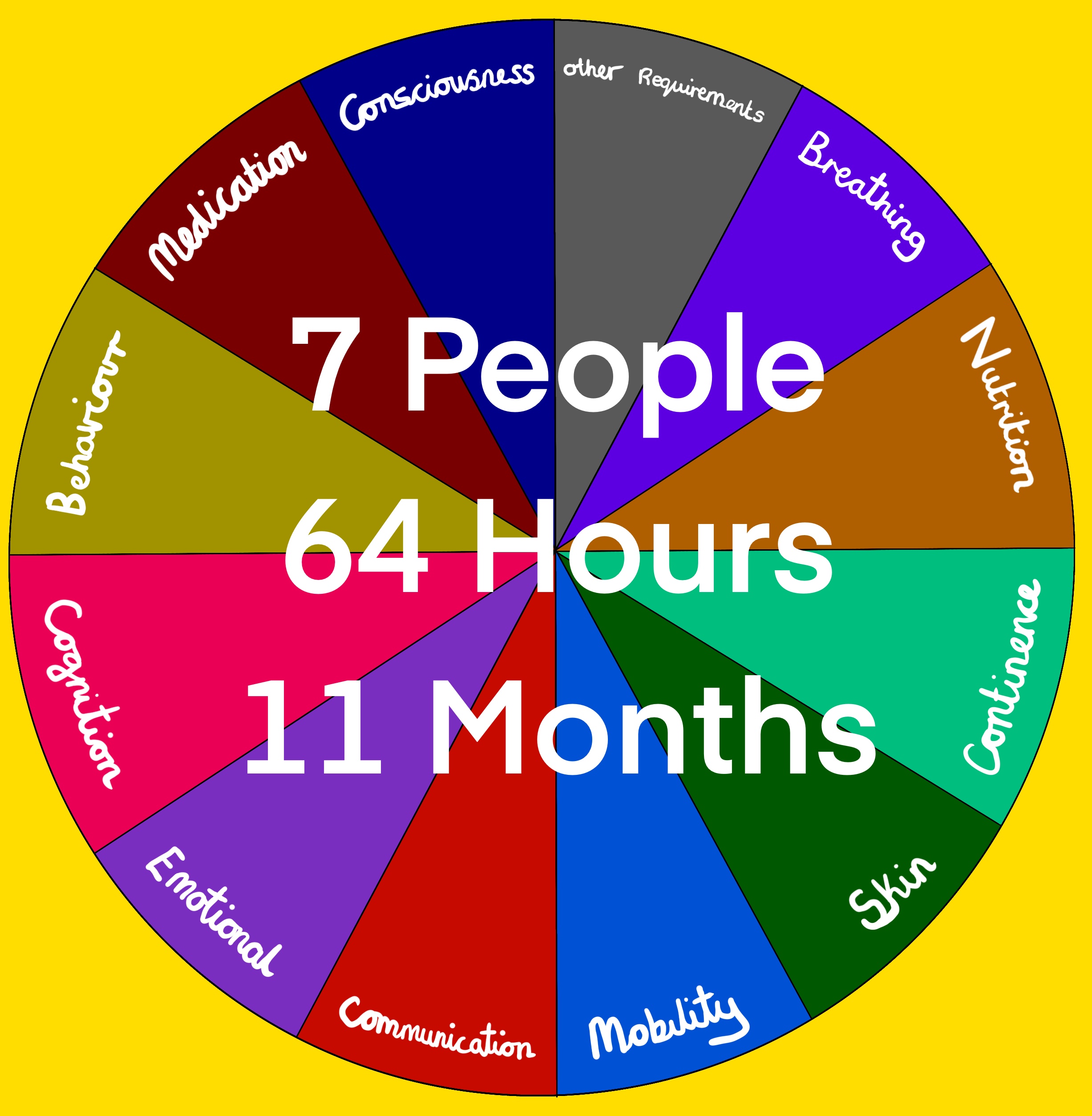 It’s been an exhausting process – the final week was especially intense because initially the costings I was sent didn’t match the agreed plan. I spent hours going through the figures in detail and eventually I found what had gone wrong. One thing was a historic calculating error, and the other was that the number of hours had been recorded incorrectly. Once I’d identified and explained these issues they were resolved quickly, but it took ages to work out and I don’t think they’d have been spotted had I not pointed them out.

I’m used to looking at budgets as part of my job, English is my first language and I’m comfortable talking about the support I require. I was also brilliantly supported throughout the process by my support worker Claire. But even though I have all this going for me, the process pushed my skills, energy, and resilience to the limit. Many others navigating this complex process will be doing so alone or without this professional knowledge.

It’s important to spell this out because I’ve seen a number of articles recently that misrepresent Personal Health Budgets. They don’t describe the extremely rigorous, 50 page assessment process and the strict criteria, and that PHBs are provided only for people with complex health and support requirements.

Articles in the press have described some items that can be funded as ‘lavish’ or ‘luxury’ including: “fuel costs, … outdoor furniture, a gym membership and a tablet.” But I can easily see how all of these could be essential.

Any equipment, support hours, or costs provided must be in line with a detailed support plan that meets specific health requirements. Every element of a support plan is evidenced and approved by multiple professionals.

Over the last year, social care’s been talked about a lot by politicians, journalists, and industry leaders, but I don’t think any of this has really increased public understanding. A significant part of the issue is how rarely people who use it are included in these conversations – there’s an entrenched belief that if you require care you can’t speak for yourself.

I’ve been watching a two-part documentary about social care presented by former minster Ed Balls. In it he works as an agency carer and in a care home. Towards the end of the second programme, he talks to his wife about his experiences and suggests that they think ahead about what type of care they might need. His wife is resistant to this and says she wants to plan holidays and what to do for Christmas instead.

I found this conversation intriguing because for me, planning my life – work, holidays and what I’m doing for Christmas – is all about social care. I can’t do one without the other. This is the reason I spent so long carefully unpicking my care plan and budget so that I understood them completely. This support underpins everything I do.

Social care is so much more than a political issue, a problem to solve or a looming fear – it’s a beautiful, joyful reality, it’s Joyce chatting to the cat while she makes my breakfast, it’s Claire choosing what meal to have at my parents’ wedding anniversary dinner, it’s long walks and Bond films at the weekend with Ines and Leftwing Idiot. It’s Trina’s gentle encouragement to do another length at the hydrotherapy pool, and Erik sneaking beetroot into every meal!

A couple of days ago my four-year-old niece Bean said to me ‘you always have to have someone with you’ in a slightly worried tone. I told her that was true, but it wasn’t a bad thing – actually, it’s a great thing because it means I always have the help I need.

I want everyone to understand the transformative potential of good support. I want others in a similar position to know what they’re entitled to, and I don’t want anyone to put off asking for help because of perceptions about what receiving support means.