Monkey’s made himself very much at home here on the spaceship. He’s been here for over a year now and has developed close relationships with the whole team. He goes to Erik for play time and Leftwing Idiot for tummy rubs – he’s worked out that Trina will cave in first at dinner time and will let Claire carry him about. He also knows that I’ll never turn down one of his intense cuddles.

He’s experimented with numerous places to sleep: in boxes, balanced on the back of a chair and, ridiculously, in a stack of drawers. 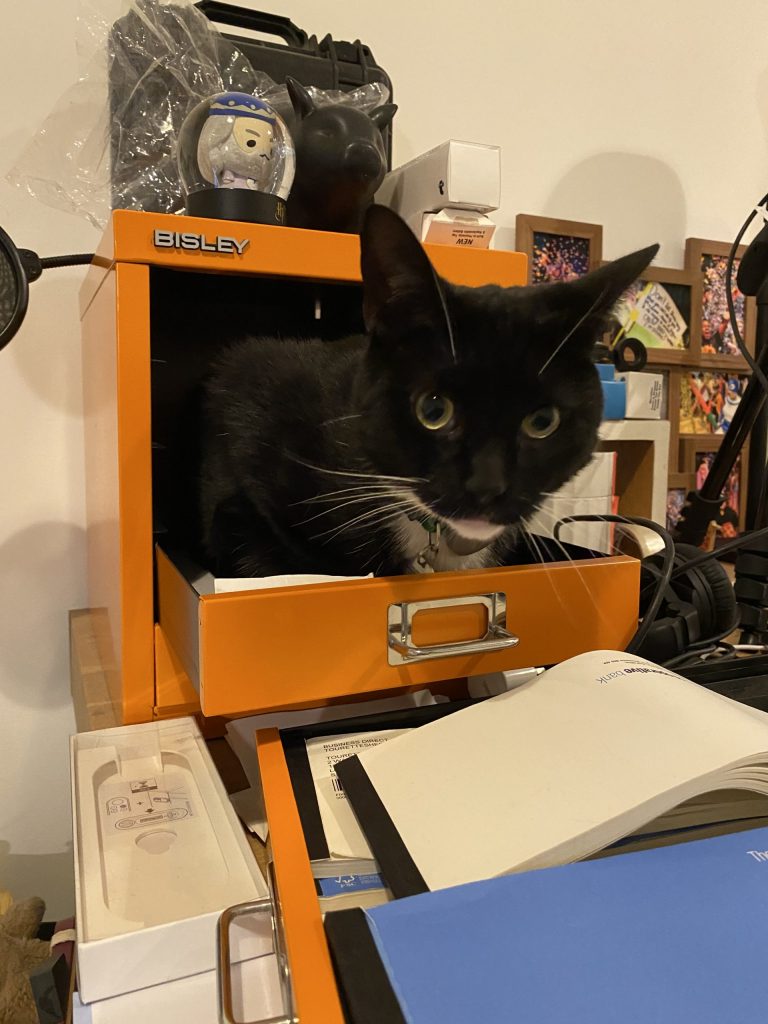 For a long time, his favourite place to sleep was in my wheelchair but ever since I wrote about that – he hasn’t gone near it! He’s faddy about his sleeping spots, but there’s one place he consistently goes to when he’s worried.

The cloud! The safety cloud! Ironically, this sits in one of riskiest places in the spaceship but Monkey doesn’t seem to mind.

The safety cloud is a (formerly) white knitted cloud cushion – I say ‘formerly’ because it’s now a dirty grey thanks to a generous covering of his fur. The cushion’s under my bed and Monkey’s carefully pushed it against the bottom of the radiator. Under my bed might sound safe until you realise that my bed goes up and down!

Everyone keeps telling me it won’t go down enough to squash him, or that it moves very slowly so he’s got plenty of time to escape, but I still worry about him and have even considered installing a periscope so I can see under the bed without risking falling out!