Leftwing Idiot loves Kombucha. I do not.

Kombucha is a non-alcoholic fermented drink that’s popular in North America, which is where he discovered it. It’s been growing in popularity in the UK too, although it’s still quite niche and very expensive!

From what I can tell, the drink’s made by feeding an alien-like fungus in a vat with tea and sugar. These weird creatures are called scobies.

Initially lockdown meant Leftwing Idiot’s Kombucha options were limited – it’s not available in our local supermarket – at least not the good stuff, apparently.

So then, egged on by the rest of the team, Leftwing Idiot started brewing his own, using a starter kit I’d bought him years before. The original jar stayed safely in my shed, but the operation’s grown, along with the size of the scobys, and there are now at least three massive vats on the go – it’s practically a brewery!

And the recent cold weather means he’s brought them in from the shed – they’re now lurking on a windowsill in my living room! 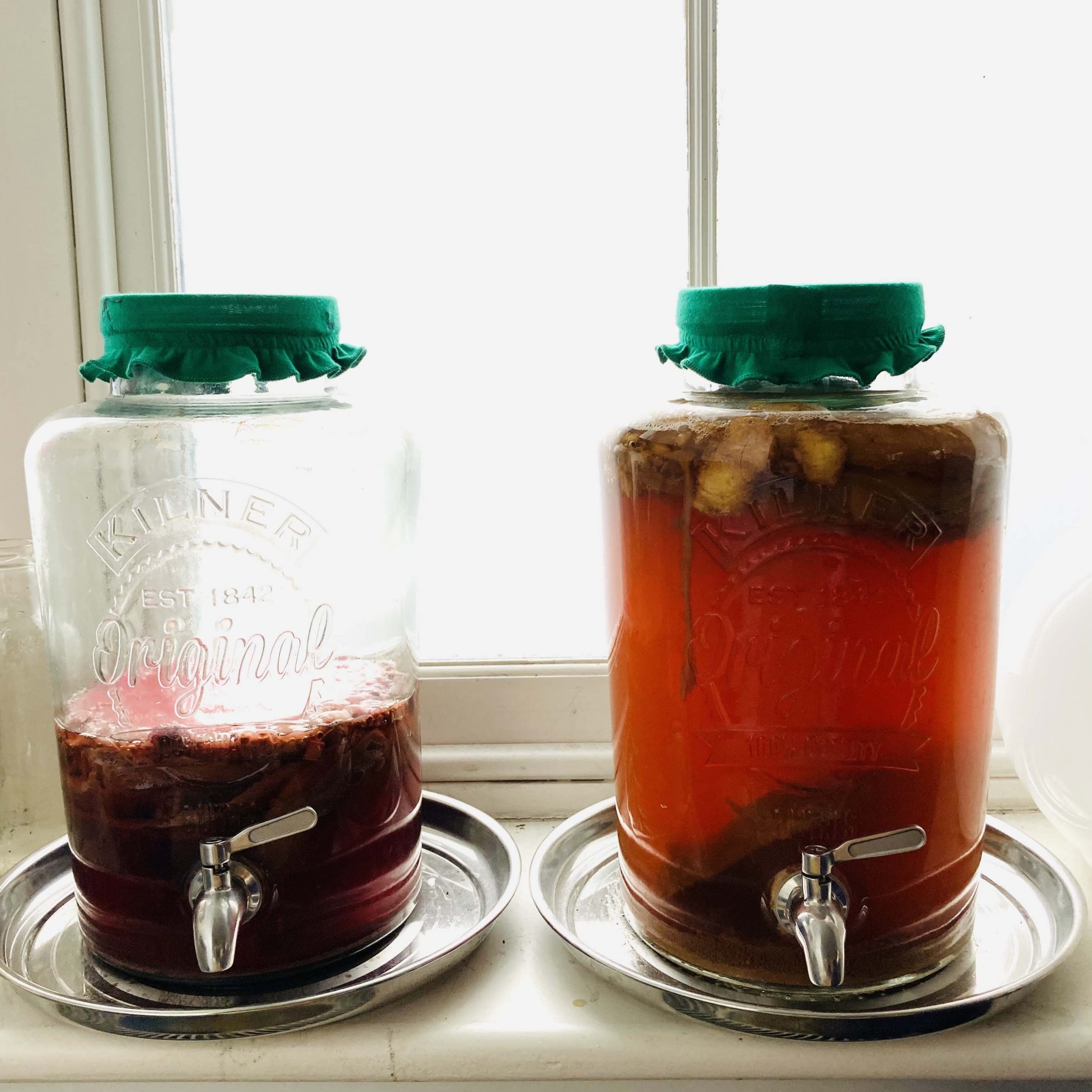 My tics have largely ignored all this, but last night things took a surreal turn. It all started with “Invasion of the body scobys” but soon the scoby-related tics progressed to include:

“To scoby and beyond!”
“In the beginning there was Scoby and Scoby said let there be scoby.”
“Scob-edy-doo-dah, scob-edey-day”
“To Scoby or not to scoby, that is the question.”
“Wherefore art thou Scoby? Sitting on the windowsill without invitation.”

If you ever required evidence of the beautiful complexity of the human brain, surely this is it.

Who knows, maybe the scobys will become the new lamp-post?