For today’s post we head to Scarborough where visual artist Liam Burke’s been working on a series of colourful digital drawings. Liam’s one of the ten artists we’ve supported to explore their ideas in our Young Artist Development Programme.

Liam tells us more about the buildings of Scarborough, the drawings they’ve inspired and his experience of exhibiting a piece of work at a gallery. Over to Liam to tell us more.

I’ve done very well with my digital art, including my picture of the Lighthouse that used to be on display in the window of Stephen Joseph Theatre as one of the exhibits of Stories of Scarborough. Below is a drawing of the theatre. 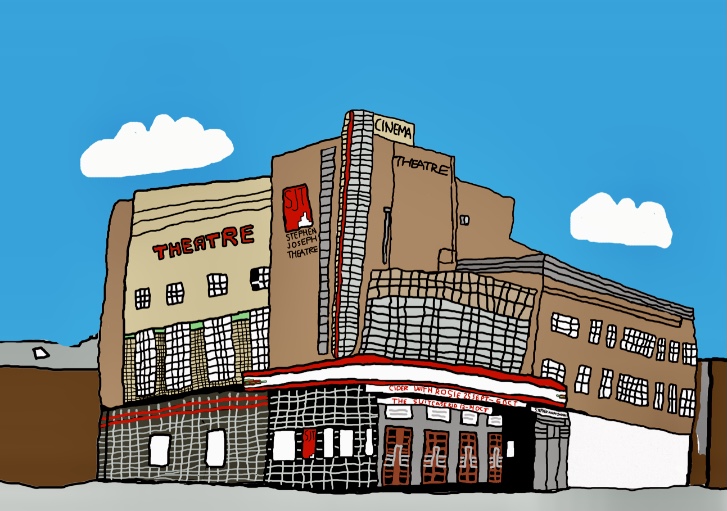 The Grand Hotel is an interesting structure inspired by the theme of time. The hotel has 4 towers which represent the seasons, 365 bedrooms, one for each day in the year, 12 floors which symbolise the months, and 52 chimneys that are inspired by the weeks of the year, and it is shaped like a letter V that honours Queen Victoria in whose reign it was built. 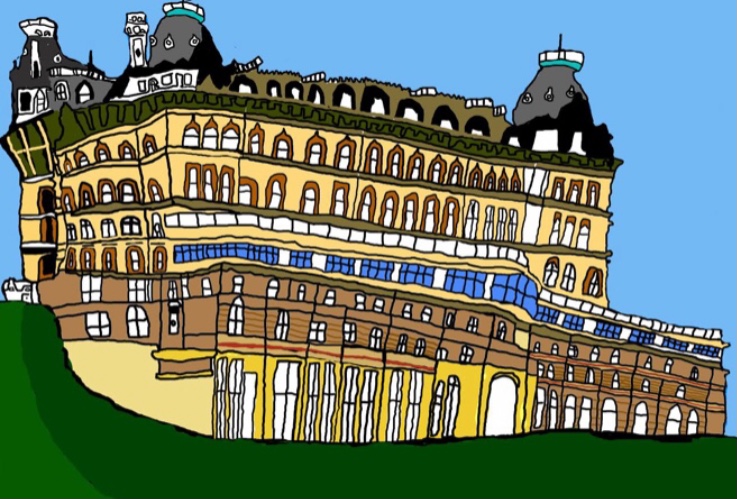 The Grand Hotel – By Liam Burke

Here are some more images in the same series. 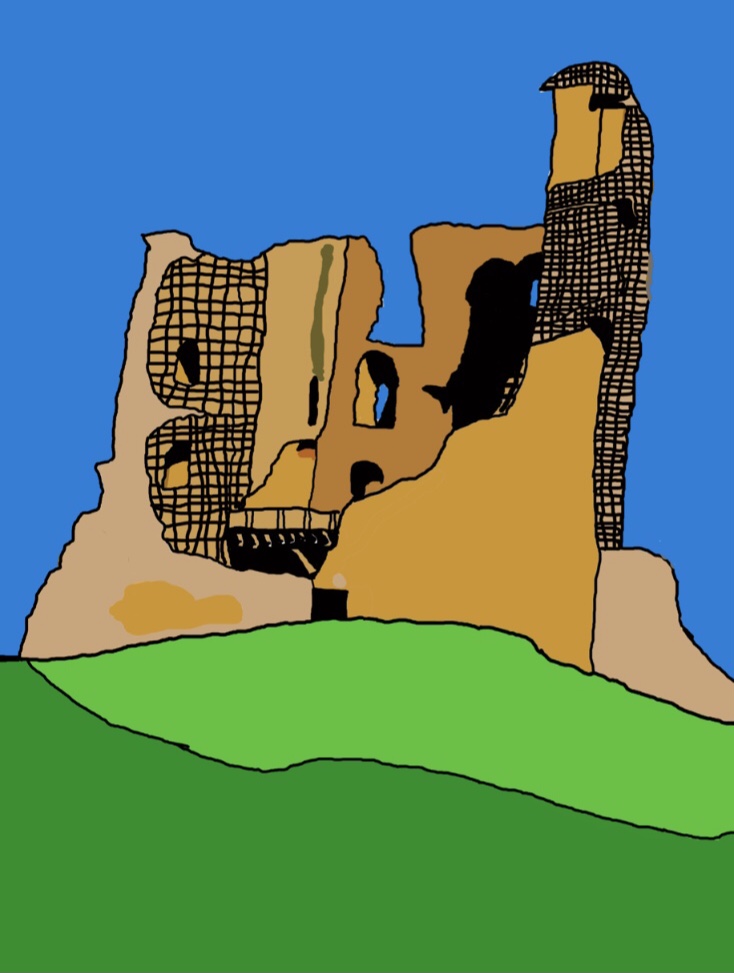 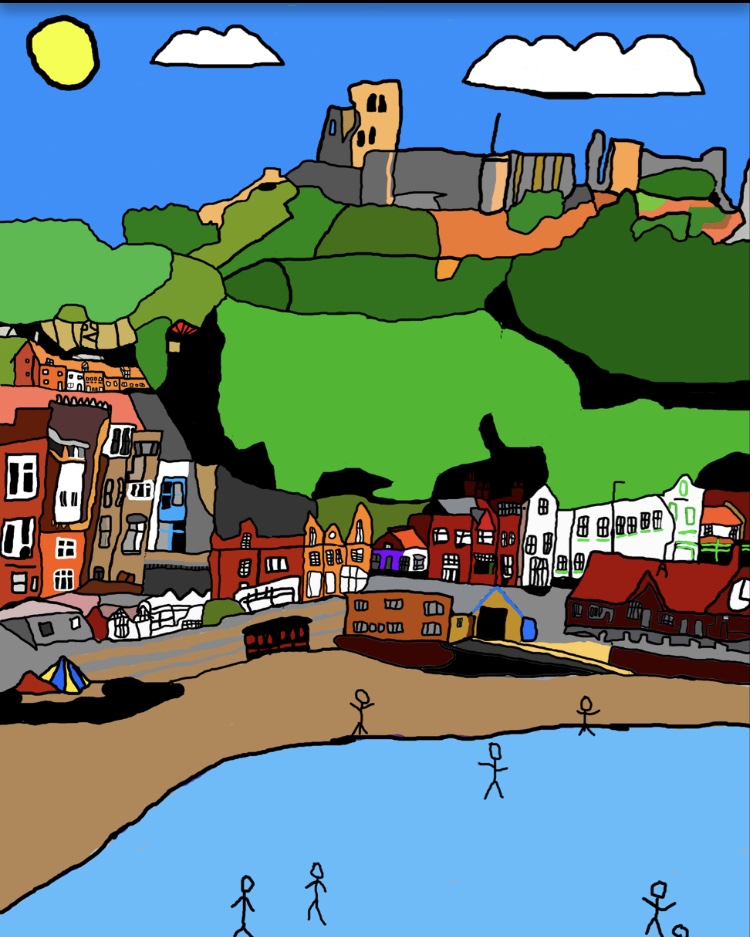 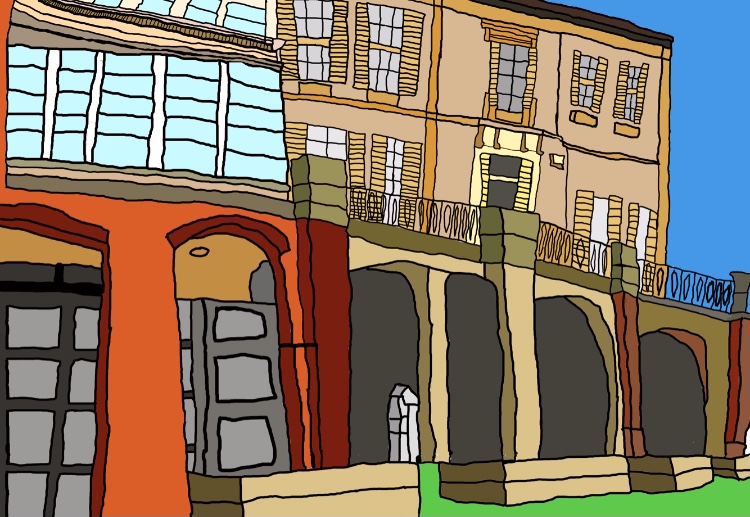 I also had a great day in Hull recently, my first visit to the city, despite the terrible weather and heavy traffic. I’m amazed that my artwork ‘Catfish’ is displayed in the Ferens Art Gallery Open Exhibition, the same gallery where an original and real Monet is too.

My image is of Edith Sitwell, who was a poet, and the quote in my picture is how she described herself. From 1887 to 1914 she lived in Woodend in Scarborough, before it became a museum and gallery, with her unloving parents and family. She then moved to Bayswater. 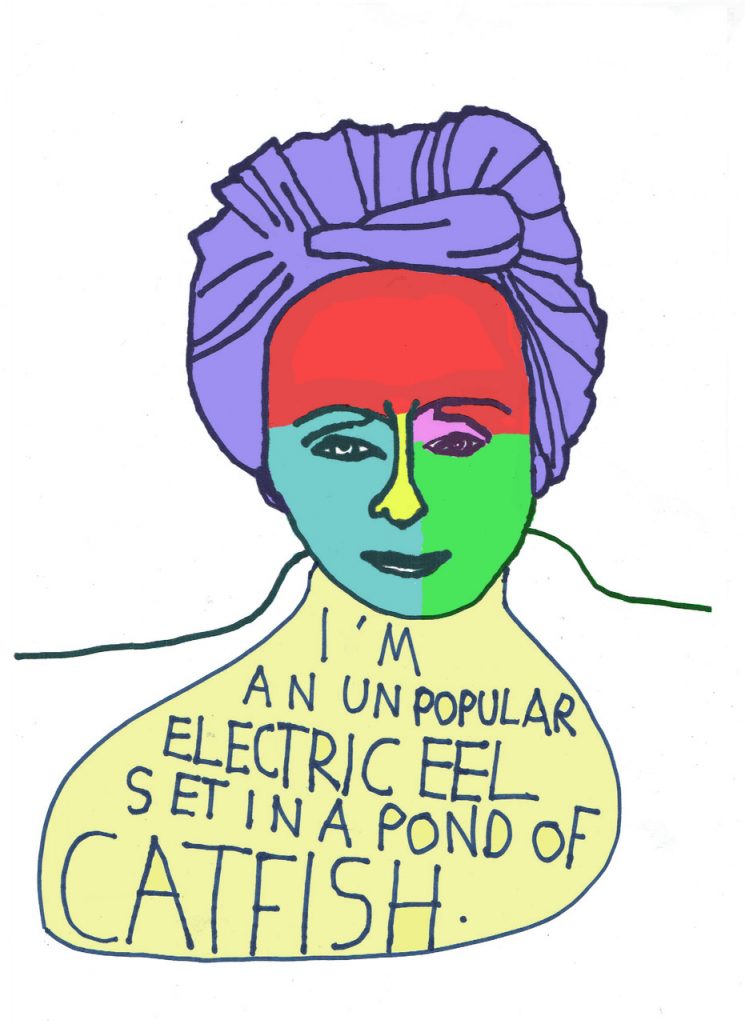 Do you think it’s funny that the word Catfish now has a different meaning, and what do you think Edith would have thought of that?

Thanks so much Liam for a great post and these incredible images. I didn’t know anything about Edith Sitwell but this intriguing picture, quote and question inspired me to learn more. I was also inspired to draw my own surroundings by Liam’s detailed, joyful drawings Scarborough.

You can explore some of the other guest posts here and look out for more work in the weeks to come.