One of the mysterious things about Tourettes is why certain words or noises become vocal tics. Anything I’ve ever known can become a tic, even things I’m not consciously aware of have turned up – I had to google: Alan Hanson, marmoset and whether Keith Duffy was allergic to peanuts.

Some vocal tics make a big entrance, arriving suddenly, and disappearing just as abruptly. Others are creepers that slowly add themselves to the mix. Vocal tics change over time, but I haven’t had a new regular one in a while – until a few weeks ago when I slowly became aware of a new arrival.

This tic is a sound rather than a word, a three-syllable siren-like noise. I don’t do it constantly but it’s very regular, dozens of times a day rather than hundreds.

It’s a particularly weird one because it has a sort of pattern. It seems to happen mainly at moments of transition – getting into my wheelchair, washing my hands, pressing ‘send’ on an email. It’s like an automatic noise signifying the completion of an activity or change of focus. It’s almost as if I’ve had a software update and an annoying new notification noise has been added to my life! 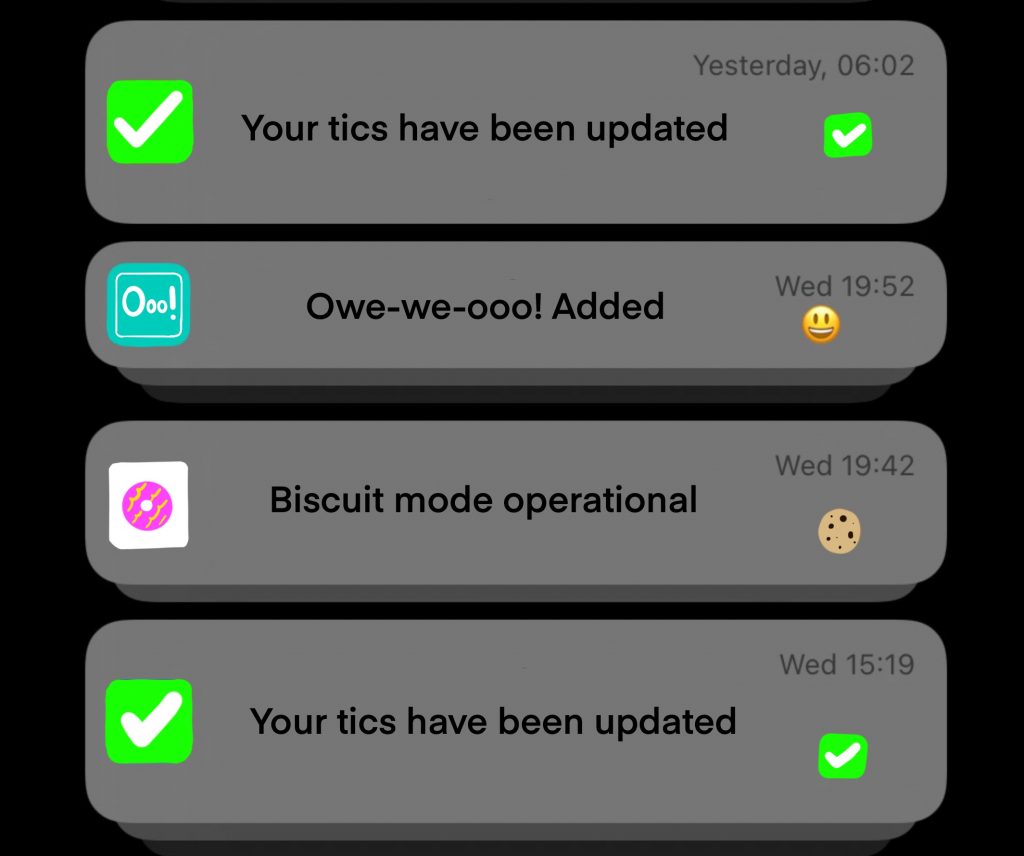 It’s not the first time I’ve had a tic that happens at specific times. For example, there are the tics that happen whenever I hurt myself – instead of ouch, I used to say – “miso”, “mystery” and “mini-bus”.

I don’t have particularly strong feelings about my new tic so far – it’s not my favourite, but I’ve certainly had worse. It’s been a reminder that however much I know about tics and Tourettes, my brain still has surprises in store.

At least I know that I’ve finished this post because I just ticced “Owe-we-ooo”!