Three years ago today, on the morning of Wednesday 14th June 2017, the country woke to the news of a devastating fire at Grenfell Tower. Later we would learn that 72 people, 18 of them children, had lost their lives. I’ll be marking the anniversary of this tragedy by filling the castle windows with green light in solidarity with Grenfell United and all those affected by the fire. I’ve also created this drawing of 72 flowers as a personal tribute to those whose lives were taken three years ago. 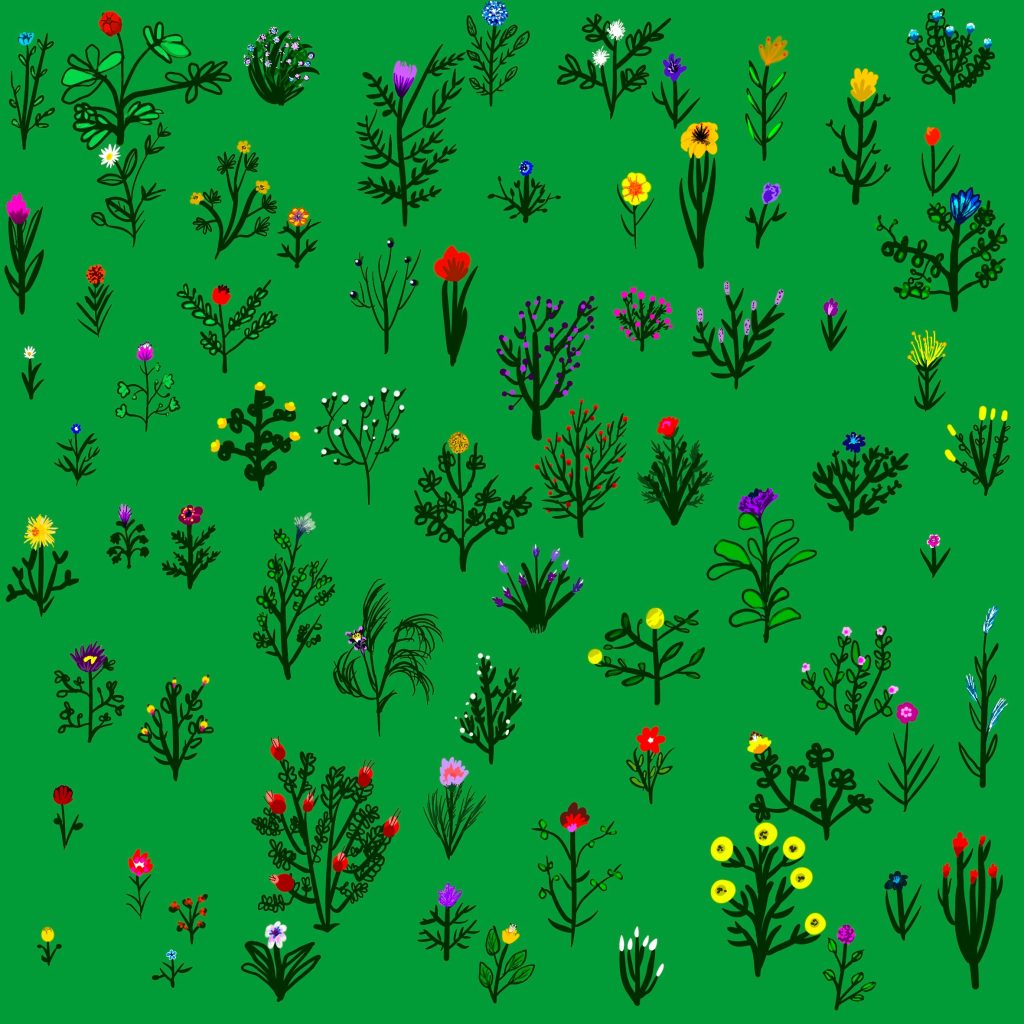 On the day of the Grenfell fire I wrote a post which ended with this:

“We mustn’t take for granted that this horrific tragedy will lead to safer buildings. We have to make sure it does. What happened at Grenfell Tower is not an isolated tragedy: it’s the result of the systematic degradation of social housing over the last decade and more… A great number of children all over the country will go to bed tonight in homes that are overcrowded, unsafe and unfit for human habitation. None of us should rest until this has been changed.”

Three years on and very little has changed. Over 2000 tall buildings are still clad with flammable materials, and so are countless low rise buildings. Every night, tens of thousands of people are still going to bed in unsafe homes, and their mental and physical health is suffering, as a recent report by the UK Cladding Action Group makes clear.

We’re seeing some of the same horrendous mistakes and failures to act on recommendations or residents concerns that led to Grenfell being repeated, and lives are being gambled with as a result.

On the morning of June 14th 2017 It was a text message from my friend Laura that first woke me. Her message said: “Have you seen the news? It might bring back some sad memories?” The moment I saw the images of Grenfell, I wailed with despair. I could see instantly that this was an entirely preventable tragedy – the rapid spread of the fire, the missed warnings, the fire services’ instruction to stay put, all this was achingly reminiscent of the fire at Lakanal House, very near where I live.

In 2009 that fire cost six women and children their lives, three of them people I knew from organising play activities on the estate. All six died by following the instructions to stay in their homes and wait to be rescued. Rather than getting safer following the Lakanal fire, years of putting profit before people meant that the number of very dangerous buildings had actually increased.

It’s a scandal that the bereaved families and survivors of Grenfell, the wider community and residents all over the UK continue to be let down so spectacularly. It’s scandalous too that their grief is compounded by inaction and a lack of accountability. There’s an ever-present risk of their trauma being played out again in other communities.

I sit in solidarity with all those affected by the cladding scandal. There are many other reasons for buildings being unsafe that are not being addressed either – poor upkeep, too few fire-doors, a lack of sprinkler systems, ineffective risk-assessments and disabled and older people being placed in homes they can’t leave easily.

None of this is new. We know how to make buildings safe – we’ve known this for decades. But this knowledge is not being put into action. Politicians, local authorities, the construction industry, landlords and many private companies all continue to pass the buck, protecting themselves and their profits or priorities bringing us ever closer to another Grenfell.

It’s our shared responsibility to apply pressure to those who are responsible. This shouldn’t be left to grieving families, traumatised communities or those stuck in unsafe homes. It’s something we all have a duty to take action on. Here are some of the things you can do now:

Support Grenfell United and add your voice to theirs
Follow the UK Cladding Action Group, Cladding Scandal UK and Manchester Cladiators
Educate yourself – Inside Housing have published many brilliant and important articles from the Lakanal fire onwards and are a great place to start
Write to your MP asking them what they are doing to make sure that all their constituents have safe homes to live in

Three years ago, 72 people lost their lives unnecessarily, and many more lives were permanently changed – we owe it to all of them to make sure that lessons are learnt, and that justice is done and seen to be done.