My name’s Serena and this is the first in a series of guest blogs I’ll be doing for Touretteshero. I was diagnosed with Tourettes as a child and like many other kids I was told by doctors that “a lot of people with Tourettes grow out of their tics as they reach adulthood.” I desperately wanted to be part of that elusive group, but as you may have guessed by the fact that I’m writing this blog, I didn’t grow out of my tics (though they’ve become more manageable over the years).

In recent years I’ve found that there are a lot of resources for kids with Tourettes, and for parents of said kids – but there’s a serious lack for people like me who find themselves still ticcing during that awkward transitional phase of becoming a real adult. I graduated from university last year after four amazing years of lectures, nights out, flat-shares and internships – and while all these things have their challenges anyway, when you have tics the stress can be magnified. 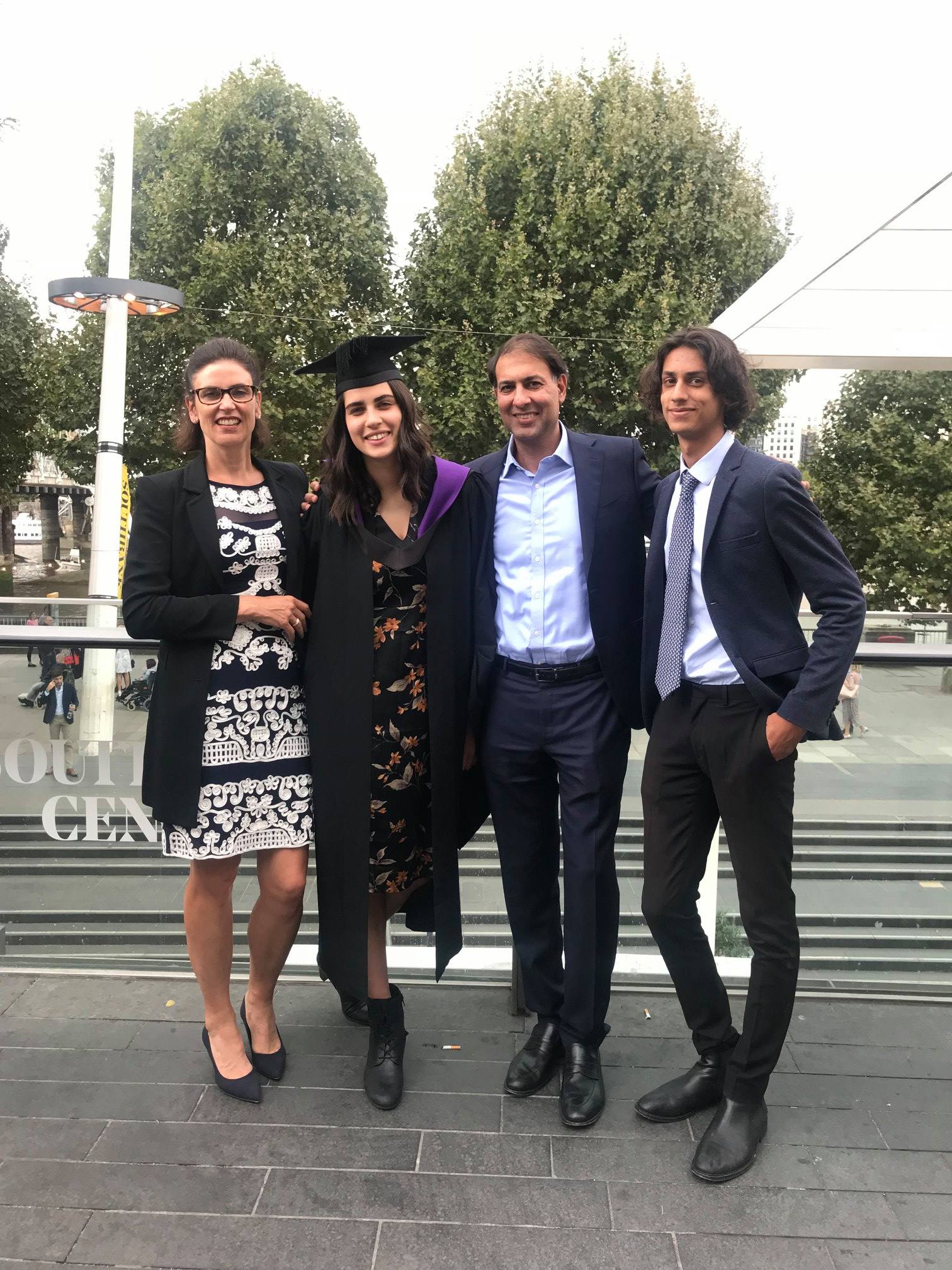 I’ve written about my condition before because I feel strongly that people should hear a breadth of Tourettes lived experiences, but this is the first time I’ll be tackling specific aspects of life as a young adult with tics. As a way of introducing myself to you, my first blog will be my backstory, starting from diagnosis…

The Beginning
My journey with Tourettes started when I was around four or five years old – though we didn’t realise it back then. My tics came in the form of scratches, coughs, sniffs, and so, like many other children without a diagnosis, they were deemed “habits” that I would grow out of. I usually flew under the radar, but not always – one unpleasant early memory I have is of being reprimanded after a school assembly for a coughing tic. I knew I wasn’t trying to disrupt assembly, but I was seven and I didn’t have the words or knowledge to justify that I couldn’t help it.

Fast-forward to the summer of 2006 and out of nowhere I began to squeak uncontrollably. My throat-clearing and coughing could be explained away but this was something else entirely. Within three months of turning nine I found myself with a diagnosis of Tourettes Syndrome. I didn’t deal with this well, as medical notes from the time will attest. I refused to talk in most doctors’ appointments and this silence about my new diagnosis carried over to more casual environments as well. Looking back, I suspect it was a potent mix of shame and overwhelming anxiety that prevented me from talking about my tics and advocating for myself as someone with Tourettes.

There were small victories against my own embarrassed frame of mind in my pre-teen years – when I nominated a UK-based Tourettes charity to be supported by my school’s Christmas fete, and when I built up the courage to tell other students at the local musical theatre school I attended on Saturdays about my Tourettes– but as a general rule if I was confronted with a situation in which acknowledging my tics was necessary I’d completely shut down.

Teachers tended to be understanding of my tics, though not always, and while I had a difficult time at school it was unrelated to my disability. Throughout my secondary school years, a range of tics cycled through my repertoire: arm stretching, kicking out my legs, cracking my knuckles, closing my eyes, pulling at the bottom of my school skirt, slapping my laptop keyboard, scrunching the pages of books… Some were easier to deal with than others. One particularly embarrassing skirt-pulling tic resulting in another student assuming I was trying to flash him. He asked – in front of our fellow classmates – if I “thought he was sexy.” I did not.

By the time I was 15 I’d tried three different medications in an attempt to lessen my tics, but each brought with it an assortment of negative side-effects. When I came off medication in September 2012 it was as if a fog had lifted. Things I’d previously struggled with became easy for me, and for the first time in years I wasn’t constantly hungry and tired.

Considering I’ve just spent the past 300-odd words telling you about how much I hated talking about my Tourettes, you may be wondering what happened between 2012 and today to make it so that now, if you Google my name, chances are you’ll find one of many articles I’ve written about my Tourettes.

The catalyst for my attitude U-turn came about when I was 16. Up until that point I’d met very few people with Tourettes and even fewer that I felt anything in common with. In the media all I saw was terrible jokes and a representation of Tourettes that didn’t even vaguely resemble my life. Then, in May 2013 – at the peak of my YouTube obsession – vlogger Caspar Lee posted a video entitled “MY SECRET” to his 800,000 subscribers. The secret in question was that Lee had Tourettes. Suddenly I was faced with a young person in a public-facing role speaking out and acknowledging the part that tics played in his life. It might sound cheesy now, but it was a ground-breaking moment for my teenage self.

If Caspar Lee could talk about his Tourettes online to 800,000 people, I figured that I could talk about it to the much smaller number of people in my life. And so, I did. It started off small – I wasn’t about to shake off eight years of emotional repression in five minutes! But I posted about my experiences with Tourettes to my Tumblr blog as a small act of solidarity. Then, in sixth form I worked my way up to creating a documentary about Tourettes for a school project. When I started university at UCL I showed the documentary to new friends in freshers’ week as a way to help them understand my tics. And then as time went by and my confidence grew, I started looking for more ways to spread awareness, pitching articles about my Tourettes experience to online newspapers and blogs. In 2018 I even got to be part of one of Caspar Lee’s videos, something my teenage self might have fainted at. 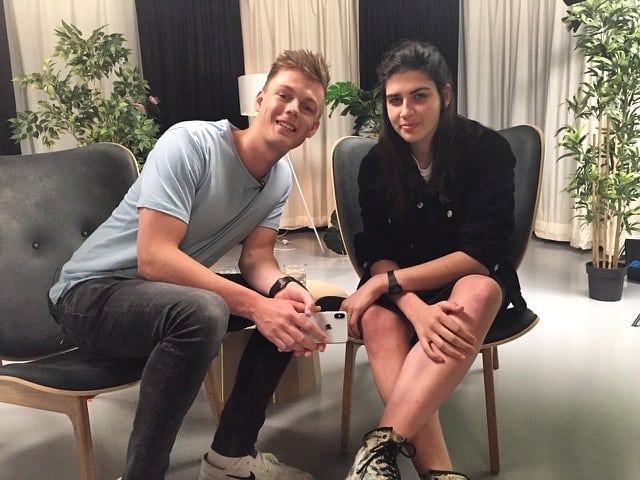 Today I’m about as far as I can possibly be from the anxious nine-year old with a new diagnosis. I find it upsetting to think about how long it took for me to truly claim my Tourettes as part of my life, and that’s exactly why I continue to speak about my lived experiences with the condition. Having Tourettes can feel isolating but if my story can help even one other person to feel more at home in their own (uncontrollable) body, then sharing will have been worth it.

So, I’ll be blogging monthly about my experiences as a 23-year-old university graduate with Tourettes in an attempt to add my voice to the varied accounts that represent the spectrum of our condition.

Tourettes encompasses such a diversity of experiences and I’m grateful to Touretteshero to be given the platform to share mine with you all.

I found reading about Serena’s experiences with diagnosis and acceptance really moving. If you’re a parent raising a child with Tourettes there’s a selection of blog posts waiting for you here. If you’re someone with a new diagnosis, welcome: adjusting to life with tics can take time but please know that you’re not alone and that there’s a community of people ready to offer support and solidarity. You can get in touch with us here.

Look out for another post from Serena next month.