I remember the first time I ever used Twitter – it’s etched in my memory. It was almost eight years ago on a sunny weekend in July. I didn’t use it to share information – I used it to find some. It was something incredibly sad and which I instantly wished I hadn’t had to find. I was trying to find out who had died in the horrendous fire in Lakanal House, near where I live. Like many local people I’d watched in helpless horror as flames ravaged the block that was home to hundreds of people.

What I found was what I’d been dreading – that amongst the six people who’d died were children I knew from running play activities on the Estate.

Thais was six. She was bubbly, creative and imaginative. She was a regular and much-loved member of our play project, which was situated in an old barber’s shop at the foot of Lakanal House. Her mother, Dayana, and three-year-old brother Felipe, often dropped in to play too. Thais’s name is among many in the word search we created to celebrate all the children who took part in the project. 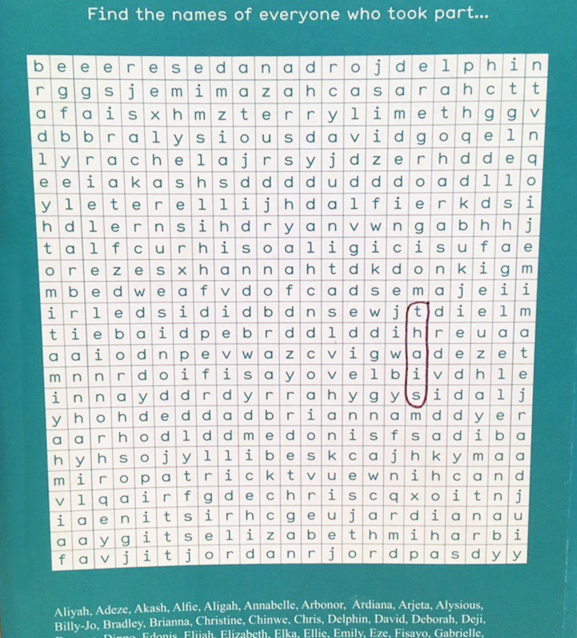 Thais, her mother and brother died in the bathroom of their flat, along with Helen Udoaka and her baby daughter. Another woman, Catherine Hickman, in a nearby flat also died.

All three women and their children died while following the advice of the emergency services who had told them to stay where they were and wait to be rescued. This advice was given on the understanding that the correct safety measures had been taken to ensure that the fire would spread only slowly through the block. They hadn’t and it didn’t – it spread fast, taking the emergency services completely by surprise.

In 2013 a damning inquest concluded that all six deaths ‘could have been prevented’. The jury highlighted numerous ways they could have been saved. Despite this, Southwark Council who own the block were never forced to answer for the deaths in a criminal court. But in February this year they pleaded guilty in a case brought by the London Fire Brigade, and were fined just £300,000.

In the aftermath of the Lakanal fire promises were made that nothing like this would ever happen again, that building regulations would be reviewed, and that other communities wouldn’t be needlessly destroyed in this way.

But eight years on no action has been taken, and a string of Housing Ministers have sat on the report on the causes of the fire that recommended a change in regulations.

This morning I was woken by a text from my friend Laura asking if I’d seen the news and warning me that it might bring back some sad memories.

I shouted out in despair as I saw the images of the devastating fire ripping through Grenfell Tower in Kensington. Just looking at the building and hearing about the rapid spread of the fire, the lack of safety checks and alarms, and failures to respond to residents’ concerns, it’s instantly clear that nothing’s been learnt from the death of Thais, her family and other Lakanal residents.

There aren’t words to describe the intense sadness and anger I feel that once again lives have been lost because of a failure to put people before money.

This time we must not accept empty promises. We must do everything we can to hold our politicians, Councils, and corporate landlords to account.

In the aftermath of Lakanal I volunteered at the rest centre set up to support residents, providing play activities for children caught up in the disaster. I saw first-hand the trauma of those affected, the lack of a co-ordinated response, and the desperate need for basic items such as toiletries, toys and towels. In the days, weeks and months after the fire I also witnessed the strength of my community, and the difference that people acting together can make.

We can all help those affected by the Grenfell Tower fire in lots of ways: by donating good quality items to the rest centres, by contributing to this emergency fund, or by volunteering or donating to the Red Cross who support people in crisis across the UK and internationally. Please also sign this petition calling for the implementation of the Lakanal House report findings.

The residents of Grenfell Tower have been very much in my thoughts today as I’m sure they have for so many of us. We mustn’t forget the horror that unfolded in Kensington in the early hours of this morning, and we mustn’t take for granted that this horrific tragedy will lead to safer buildings. We have to make sure it does.

What happened at Grenfell Tower is not an isolated tragedy: it’s the result of the systematic degradation of social housing over the last decade and more. It’s a sad reality that in situations like this disabled, elderly and young people are more likely to be amongst the victims. A great number of children all over the country will go to bed tonight in homes that are overcrowded, unsafe and unfit for human habitation. None of us should rest until this has been changed.