When Teresa May called a snap general election just seven weeks ago I felt a flash of hope, followed by an overwhelming feeling of apprehension.

I desperately want to be part of a society that’s more socially just, where there aren’t massive discrepancies in life expectancy depending on where you live, and where millions of people aren’t forced to use food banks to survive.

Some people characterise politics as boring, elitist, and irrelevant. But politics is about every area of your life – it’s about whether you have a home, a job, access to education and good quality healthcare. It’s about how secure your community is and whether there’s a safety net for you if your circumstances change unexpectedly.

For so many years politics has been made to feel irrelevant. It’s something done to us rather than something we’re part of. Our political system’s been dominated by ways of structuring society that massively advantage people who already have power and wealth. For the first time in my lifetime there’s a real possibility of a different way of doing things. 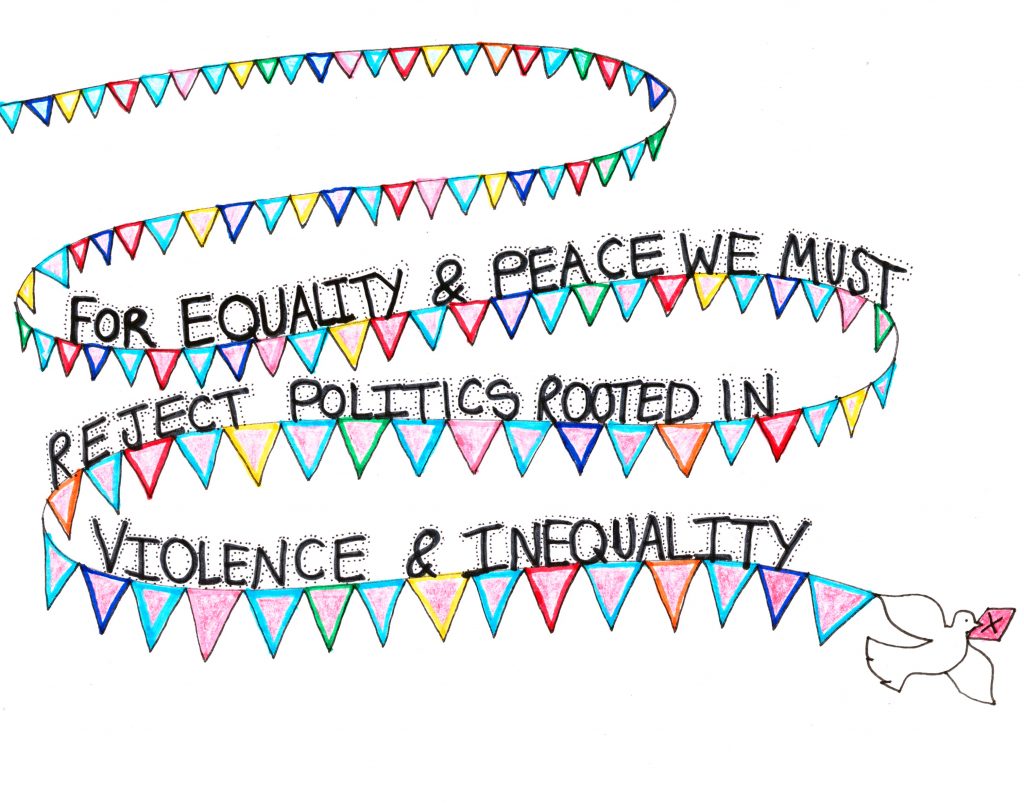 The policies laid out and costed in Labour’s Manifesto (available in easy read here) are designed to work for the majority of people in the country, rather than just for a few at the top. To me they seem sensible and thoughtful and reflect the things that I’d like to see prioritised – health, education and public infrastructure.

After seven years of policies designed to benefit only the very rich this feels like an opportunity we should grab with both hands.

My experiences living with Tourettes have made me believe that the overwhelming majority of people are fundamentally kind and fair. Of course I’ve had some horrible experiences at the hands of a few individuals, but I’ve also felt the spontaneous unflinching support of people from all sorts of backgrounds and walks of life.

I find it hard to square this belief with the scale of the cruelty and inequality orchestrated by the Conservative-led government in the last seven years. If you’re fortunate enough not to have direct experience of the impact of Tory polices, here’s what it’s meant for some of the people I care about. 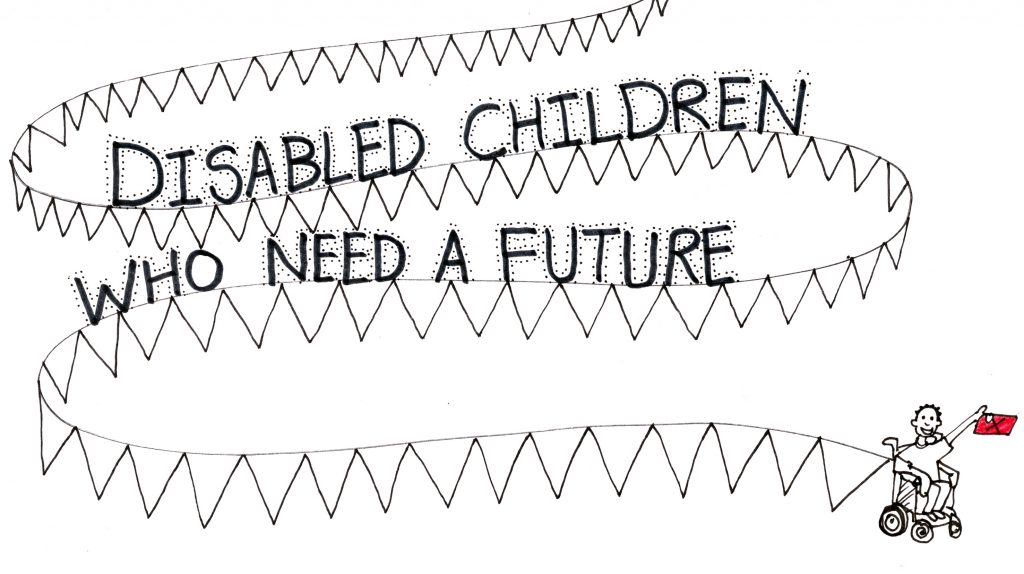 I’ve watched in dismay as cash-strapped local authorities have radically changed their eligibility for social care support. At work this has meant that disabled children with high levels of need, who just a few years ago would have had comprehensive support, are being left with nothing. I’ve witnessed family after family endure massive suffering because of a lack of social care support – parents injured, children neglected and brilliant vibrant lives undermined. A UN inquiry found that austerity policies introduced by the UK government amount to “systematic violations” of the rights of disabled people. 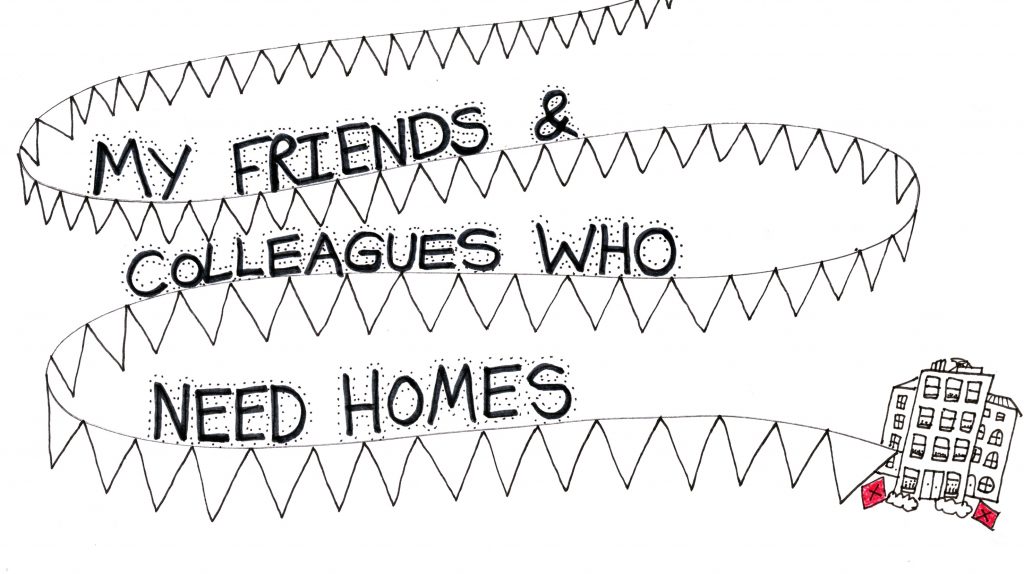 I’ve seen hardworking colleagues financially mangled by the ‘Bedroom Tax’, forced to pay for rooms considered ‘spare’ even though they are occupied by children just a fraction too young to be considered old enough to need a room of their own. Even if there was a smaller property they could move into, imagine having to choose between uprooting your family and moving away from your work and support networks, or having enough money each month to pay for food and bills.

Many of my close friends – including Poppy and Zoë have had to leave London because of unaffordable, uncontrolled rents, and Homelessness in the UK has risen by 54% since 2010. 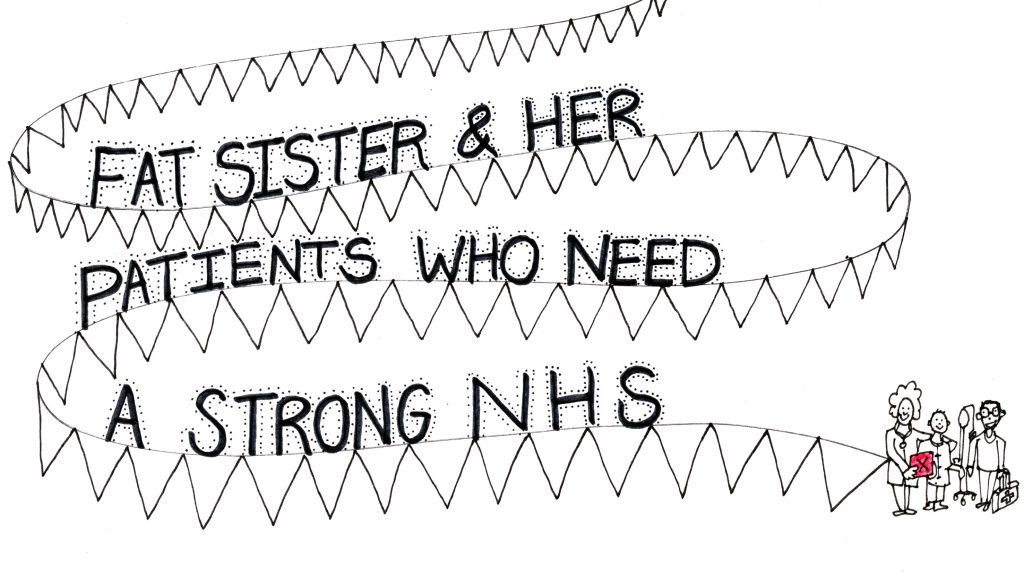 Fat Sister was one of about 24,378 junior doctors (88% of all junior doctors) who took to the streets over contracts that were unfair and unsafe. My sister’s not the striking type: after working 60 hours a week I know she’d rather have been at home watching TV, resting, or doing her washing, than striking. Along with the overwhelming majority of her colleagues she felt she had to do everything she could to resist the damaging changes to the way our Health Care System operates.

The proportion of NHS contracts going to profit-making private companies has more than doubled since the Conservatives and Lib Dems took control in 2010. 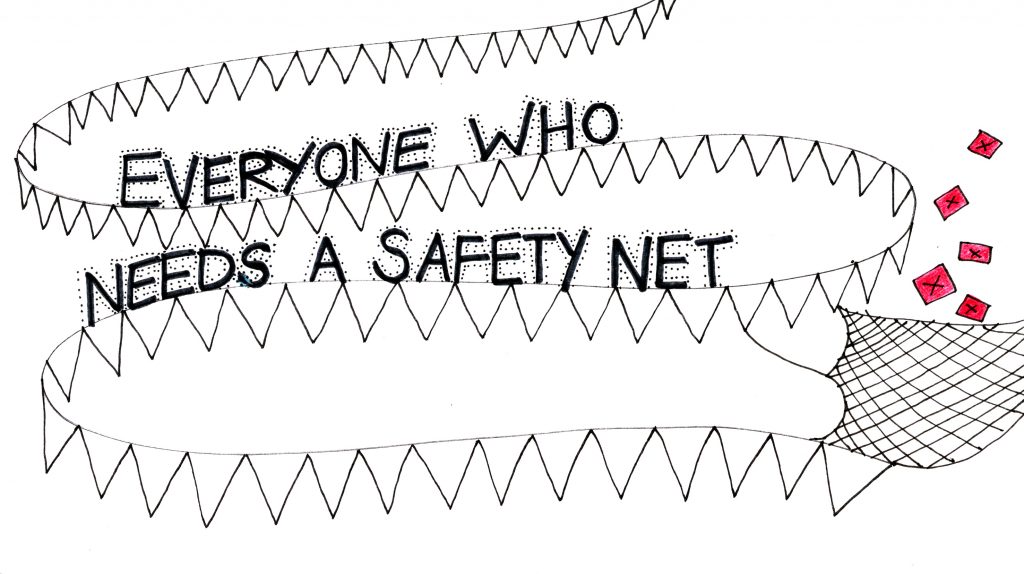 Just last week I listened to a friend, who’d worked throughout her life, give an intensely emotional description of the distress and humiliation she felt during her assessment for Personal Independence Payment (PIP). Profit-making companies have secured huge government contracts for managing PIP and other benefits, with the target, it seems, of stripping as many people as they can of vital support.

Research by Muscular Dystrophy UK shows that 900 disabled people per week are losing essential mobility support. These people’s requirements haven’t changed but once again the Government’s shifted the criteria to save money, restricting the lives of thousands of people as a result. In addition, thousands of people have died after being found fit for work by the widely criticised Work Capability Assessment.

These are just a handful of the people I’ve seen hurt by politics in the last seven years.

We all need to go and vote tomorrow and think carefully about the type of society we’d like to live in.

I can’t see how we can ever have equality and peace when we have political policies rooted in inequality and violence. And what’s certain is that if you’re a disabled child, an unemployed young person, someone who’s poor, sick or in need of support, the policies of austerity have been violent and painful.

I’m putting my vote and my trust in a Labour leadership that’s laid out a genuinely exciting vision of a fairer Britain. I really hope you and the majority of the British electorate does the same.