Warning: I’ve never provided a warning for this blog before, but today’s post contains explicit language and a description of an experience that some people might find distressing.

The bus pulled up. I saw a buggy in the wheelchair space so I braced myself for a battle, but none came. The driver lowered the ramp, and as my carer Bovie pushed me on board, I could see there was plenty of room for me and the sleeping child in the pushchair. But my relief was short-lived.

As I manoeuvred my wheelchair into the designated spot I became aware of a woman at the back of the bus shouting at me. What followed was ten minutes of extreme verbal abuse directed at me simply because I’m disabled.

Every time I moved or ticced the woman screamed “Evil spirit”, angrily gesturing at me. Other passengers looked disapprovingly at her but nobody said a word. The stream of abuse was relentless.

After a minute I said, “I’m not evil”. Her yelling intensified and she said “You are evil, because you’re disabled.”

Bovie told me to ignore her. As soon as she used my name, the woman used it too so there could be no doubt about who her insults were directed at.

It was clear that engaging with the abuse was not going to change the situation, so instead I made a note of the time on my phone, and wrote down some of the vitriolic language being directed at me and Bovie:

“You’re evil and your carer is evil for helping you.”
“Your pussy smells.”
“The bus smells of shit since you came in.”
“Get your carer to wash your pussy because it smells because of all the discharge.”
“You’ve got shit on your bum because you’re disabled so you can’t wipe yourself.”
“Bang harder on your chest so you have a heart attack and you can be put in a coffin in the ground.”
“Wheelchair woman, you are an evil spirit because you are disabled.”
“Your carer fucks you because no man will pleasure you.”
“Your carer penetrates you.”

All this was punctuated by the frequent repetition of my name, followed by “… is evil” and “… is an evil spirit”. I did my best to ignore this barrage, talking to Bovie or making notes on my phone.

There were six or seven other people on the lower deck of the bus. I smiled at a couple of them but they both seemed uncomfortable, and didn’t respond.

As the woman got off the bus she shouted: “Wash your white cunt.” Then she hurled the bottle she’d been holding straight at me. It hit my leg and ricocheted onto the floor. 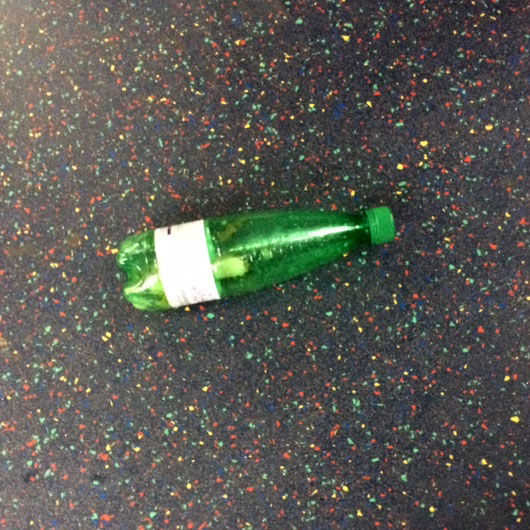 Bovie checked that I was OK, and I made a note of the stop that the woman got out at. I called 101, the police’s non-emergency number, to report what had happened. I did this because the level of aggression had been so high, and because I was worried the woman might target other disabled people, particularly those travelling alone.

I shouldn’t need to justify ringing the police. But throughout the incident and afterwards I had felt a strange internal pressure to minimise what was happening, not make a fuss, and to explain it away.

This feeling was reinforced by the lack of reaction from my fellow passengers. For ten minutes everyone on the lower deck had listened to this intense public defamation of my body, my life, and my value. And then it stopped.

The total silence that followed left me feeling as exposed and isolated as I’d felt while it was happening.

It’s not that I wanted anyone to step in and defend me – I just desperately needed someone else on the bus to acknowledge what had just taken place.

I’ve thought carefully whether I should write about this or not, and about how much detail to share, and I’ve concluded that putting distressing experiences like this on record, in their ugly entirety, is important. It’s important because if the hatred behind incidents like this remains invisible it won’t get challenged.

Sadly my experience of hate-related abuse is far from unique. In 2015/16 there were 62,518 offences recorded by the police, a 19% increase on the previous year, which in turn had been an 18% increase on the year before that.

3,629 of these crimes were related to disability, but that’s very unlikely to be the full story. The Crime Survey for England and Wales estimates that there are approximately 62,000 disability-motivated hate crimes per year but that the vast majority (94%) go unreported.

If my experience today is something you’re familiar with, or if something like it happens in future, remember that you’re not alone, that it’s not acceptable, and that you’re not to blame. You can get support from Stop Hate or Victim Support, and information on how to report hate crime is available here, and in easy read, here.

I understand that this post may be shocking. While it’s not my responsibility to make it palatable, I do think it’s our shared responsibility as a society to prevent people from being targeted for who they are or appear to be. No one should have to absorb hatred and aggression because of prejudiced assumptions made about them.