Back in 2015 Leftwing Idiot and I wrote a short relay play called Light Of My Life about the strange relationship I have with the lamp-post I can see from my bedroom window.

We mixed tics with chosen language without identifying which was which. The resulting piece didn’t mention Tourettes at all, but it couldn’t have existed without it.

Yesterday was the shortest day of the year, which means it was the longest for the lamp-post. This got me thinking about the lamp-post’s perspective on the world, so I thought I’d try writing the lamp-post’s reply to our play. 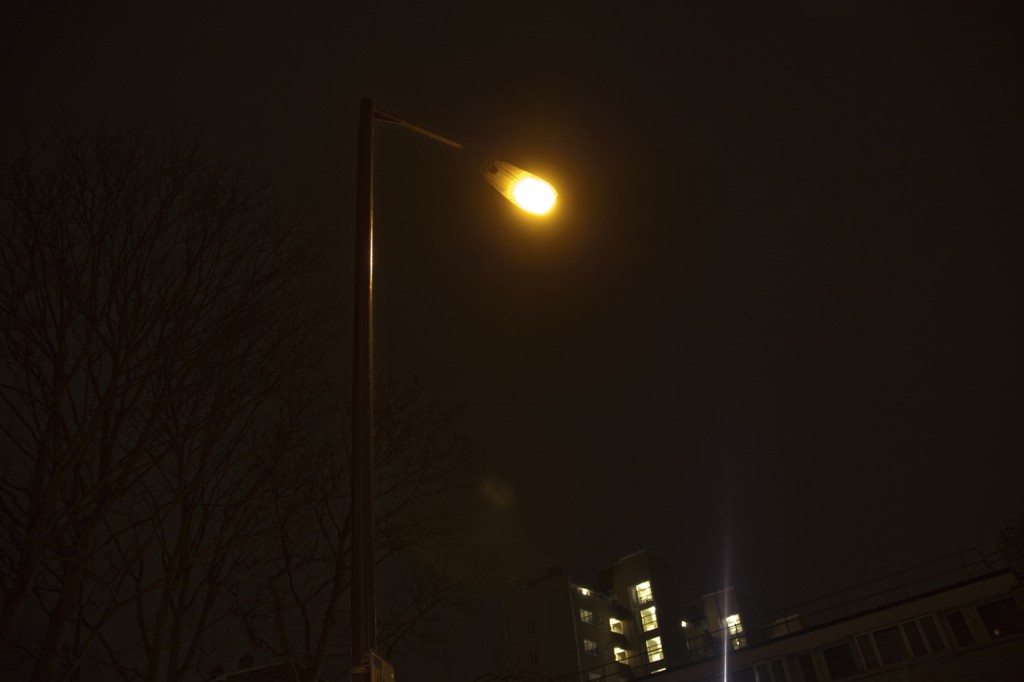 Each time you read a day of the week, please do a long hard blink.

What do lamp-posts smell like?
Worse than catnip but better than pigeons’ toes.
A good lamp-post knows the smell of an office party
And the perfume of a jogger’s personal best

This lamp-post has no nose
How does it smell then?
With toes curled into a lace of colourful wires
A doyley of power

Each night I glow up, exactly as before
Stretching to the wooden door, over the cracked flagstones
1000 cat paws square
To beam or not to beam? That is my function

By day a pole in graphite grey
By night a loch of light,
Crossed by rats and flocks of shopping bags
Carried in strong hands and weak winds

I could have been in Riverdance
But Michael Flatly never called

What’s everyone having for dinner?
The pigeons are eating cigarette butts… again
The roof moss guzzles moisture
The TV aerial has a taste for power

Flat 4 are having pasta
Number 3 Deliveroo
Flat 2 are eating Wotsits
And shouting biscuits, just as they normally do

I am a lamp-post
So I don’t eat dinner

Night, night London, I love you
I’m going to dance in the dark with the stars while you sleep.