Over the last decade, just existing as a Disabled Person has felt like a political act. Everything I do is directly affected by the political decisions of people who’ve never met me. There’s the social care support that means I can get washed and dressed in the morning, the Access to Work – support that’s enabled me to continue doing the job I love, the NHS-prescribed wheelchair that means I can move freely, and the medication and catheters that help me manage my pain and sleep at night.

For ten years my wellbeing has been under constant threat from the politics of austerity, hostility and contempt. I’ve been protected by the privileges of being white, well enough to work, earning a decent income, understanding the social care system, and having the support of family and friends. But many people don’t have these advantages and have been much harder hit as a result.

In May 2015, a few days before the general election that saw the Tories return to power, I wrote a post called The Longest Five Years Of My Life. In it I detailed some of what had been lost – mostly services and rights – over the five years of the Conservative/Liberal Democrat coalition. Five years on, the picture is bleaker than ever, and the losses even worse:

Lost Opportunities – Local services have been slashed: we’ve lost over 1,000 children’s centres, 600 youth clubs and 800 libraries. The UK’s wealth has grown but so has the gap between the richest and poorest families.

Lost Support – A lack of social care has led to 2.5million lost bed days in the NHS in the last five years. 4600 disabled people wrongly lost vital support after missing a disability benefits appointment despite having a good reason for not attending. Many people don’t have the basic resources they need to live which is part of the reason why 1.6 million emergency food parcels were given out by the Trussell Trust last year. 75% of people forced to use food banks are disabled or ill.

Lost Families – Disabled parents are losing custody of their children as austerity pulls support away.

Lost Homes – Homelessness has doubled in the last five years and a child becomes homeless every eight minutes in Britain – child homelessness is now at a 12-year high. The number of homeless disabled people has rocketed by a staggering 75%.

We’ve seen huge losses for individuals, communities and our society as a whole. If this hasn’t touched your life yet, count yourself lucky. I’m sharing these figures as a way of bearing witness to the shocking inequality the current Government has created at a moment when the Election gives us a glimmer of hope of something better.

On Thursday the UK goes to the polls again. I will be voting Labour because I believe it’s the only hope we have for real social change. They have presented a costed manifesto full of sensible and forward-thinking policies. It gives me reason to feel hopeful that together we can shape a society that works better for everybody.

Imagine if we started building opportunities, support, families, homes and lives rather than restricting them. 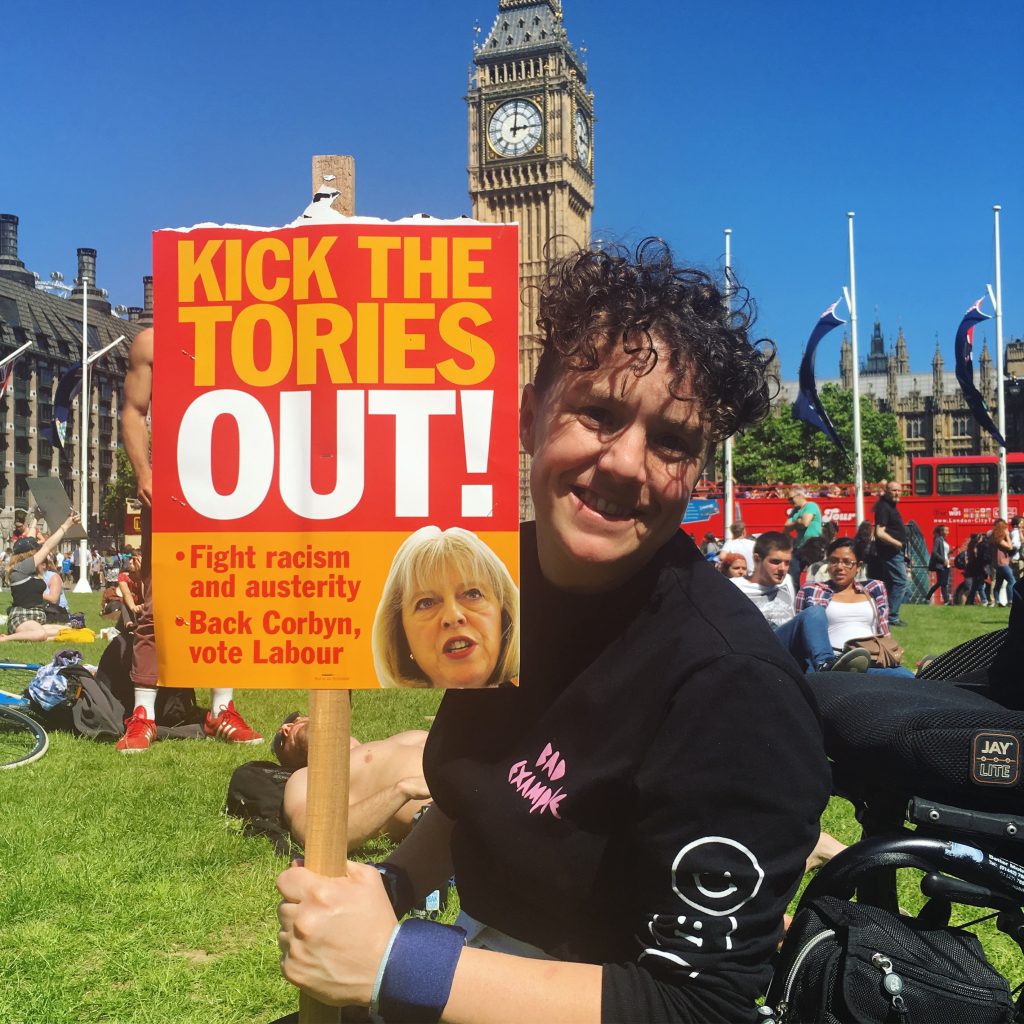 Not everyone will share my belief in this manifesto or trust that Jeremy Corbyn can deliver its promises, but the other option is the continued draining of public money to increase the private wealth of a handful of super rich families. Some people will worry about being worse off under a Labour government, but think about the 4.1 million children who live in poverty and the day-to-day fears about food and warmth that shape their lives.

Austerity has never been about a lack of money – we’re an incredibly wealthy country – it’s always been about how this wealth and the opportunities it buys are distributed.

I want to believe that we’re all fundamentally decent and fair-minded people, and that we wouldn’t turn our backs to other people’s suffering. On Thursday, think about all that’s been taken from us and vote for change with hope in your heart.