Playing and making are the two big passions in my life, and they always have been.

Play is a fundamental part of children’s lives and it’s very individual for each person, but sadly some children don’t have the same opportunity to express themselves in this way as others.

As a child I didn’t just spend every possible moment playing. I used to put a lot of thought and energy into planning how I’d play, and every gap in my day was filled with schemes for games, imaginary worlds or adventures.

I don’t know if everyone has such a detailed memory of their play world but for me the instinct to explore, experiment and play has never diminished. Though I don’t spend hours mixing potions in sandwich bags or enacting my life as a cave boy anymore, spending time making and imagining just for the sake of it is still a major part of my life.

I’m lucky to have been able to develop my love of play and creativity through my professional life both as a playworker and as an artist.

I’ve spent the last few days in a place plucked straight from my childhood play fantasies – lots of space, giant inflatables, tools, sticks, costumes, straw bales, music, crash mats, dinosaur slides and ice cream. It lacked a lemonade swimming pool but with my grown up head on this would have been a bit sticky.

My work as an artist meant I was able to spend time enjoying the amazing world of Shambala Festival with my friends and family – I was there to speak in the brilliantly named ‘Imaginarium’. Performing at Shambala always feels particularly special because it’s here that I first set foot on a stage – back in 2012. Since then performing has allowed me to travel all over the world and given me the confidence and language to explain my tics and experiences. 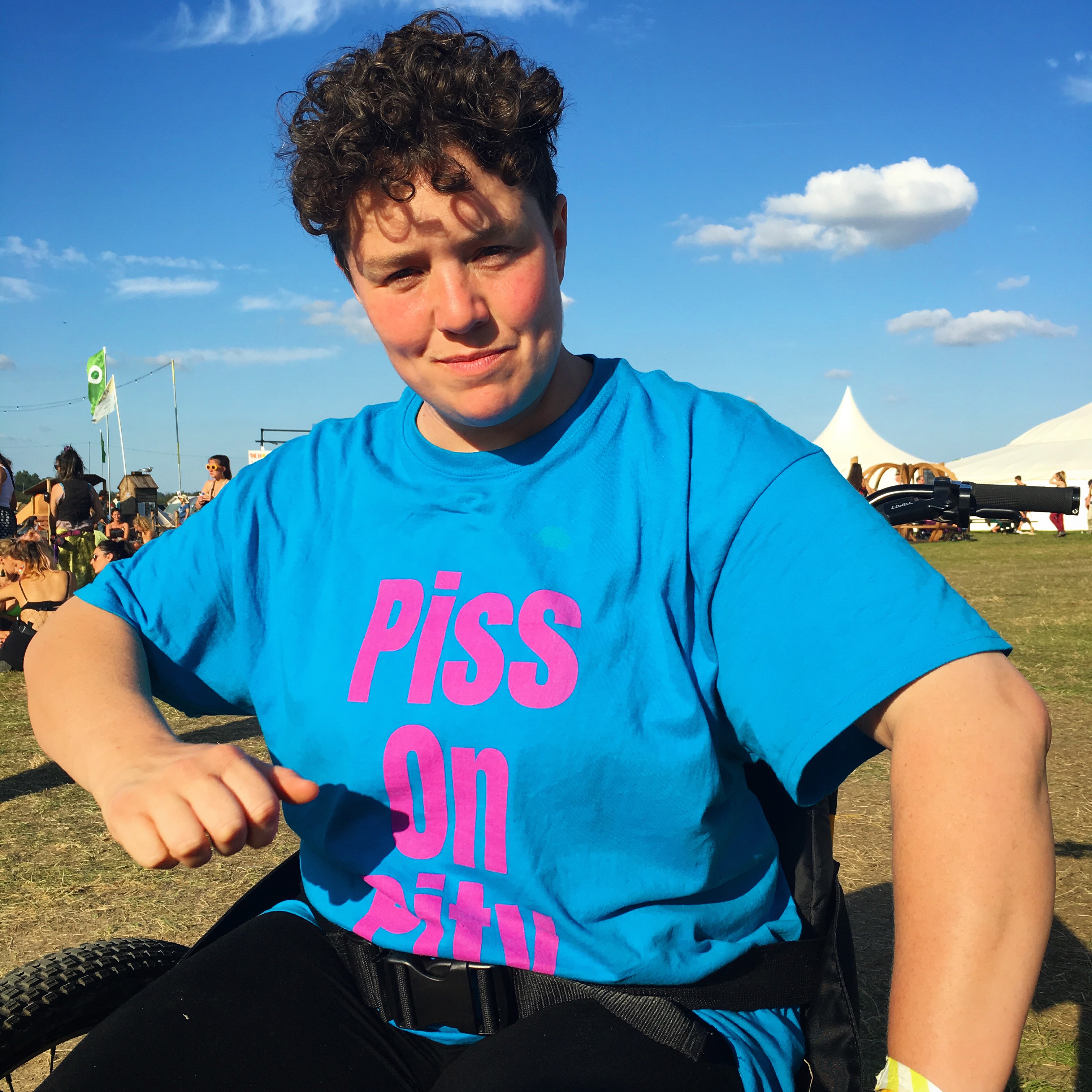 This year was particularly enjoyable because I spent a lot of the time playing. My niece Bean is almost two and a half – she’s been to Shambala every year, but this was the first time we could really get stuck in and play together. Here are my best bits:

Clambering About In The Toddle Inn – I love soft play and in the kids’ field there was a tent full of the stuff. I was able to play with Bean much more freely than I can in most other spaces because everything was, well, soft. One of the things I have in common with toddlers is crawling about and falling over. At one point Bean launched herself onto me and through her giggling she said ‘I love you’, and I couldn’t have felt happier or more content.

Jumping On Inflatable Snakes – I used to save up my pocket money to buy inflatables, I had giant blow-up bananas, dolphins and parrots. But what I longed for most were inflatables you could bounce on. The best part of having occupational therapy as a child was getting to balance on the giant therapy balls. At Shambala they brought out several massive inflatable rings that looked a bit like snakes. Loads of people could balance and bounce on them at once and they were the perfect height for me to straddle and bounce on while still sitting down.

Playing With Sticks In The Woods – Bean’s a London baby, and she hasn’t spent loads of time amongst the trees, so it’s not a surprise that when Fat Sister and King Russell first took her into the woods for a night-time stroll she wasn’t a big fan. She was happy to go back the following morning in daylight, though, and we sat on a picnic blanket enjoying the shade of the big trees. I lined up sticks in size order, and Bean muddled them up again.

Drinking Imaginary Juice By The Fire – Bean’s big into role-play and acting out her life. This usually involves being put to bed a lot, and this was particularly fun next to a cosy fire. She’s really good at sharing imaginary food and drink – but a bit less enthusiastic when it’s the real stuff.

Discovering The Stars – On the Friday night we sat by the lake eating our dinner as the sun went down. We then changed Bean into her pyjamas. As I was putting on a clean nappy she lay looking up, and pointing at the night sky, said ‘There’s lights in the sky’. It was a delight to be able to say ‘Yes, they’re stars.’

Shambala’s tagline is ‘Adventures In Utopia’, and the kids’ area is called ‘Playtopia’. For me the ideal version of our world would be one where play is valued and invested in for both children and adults.

After a couple of weeks of ill health and high pain levels, whether I’d even make it to Shambala had been up in the air. By Saturday afternoon I was physically exhausted and we headed home, but while my body was flagging my heart soared and I felt recharged by so many wonderful, playful experiences.