While touring our show Backstage In Biscuit Land a couple of years ago I had a difficult experience at a comedy festival. I wrote about it here and have thought about it on and off since.

At almost exactly the same time, I was asked to do some stand-up for the Unlimited Festival – a biennial celebration of Disability Arts and Culture at the Southbank Centre in London. At first I planned to decline but the experience at Machynlleth frustrated me so much I decided to accept.

Together Leftwing Idiot and I created Stand Up, Sit Down, Roll Over. Performing it for the first time at Unlimited was daunting. I was used to being on stage, after years of performing with either Chopin or Captain Hotknives, but I wasn’t used to doing it by myself.

Actually, I wasn’t totally alone – in addition to the BSL interpreter there was a plant in the audience. A literal plant – a geranium. The geranium’s the butt of all the jokes and it’s the only member of the audience I ever pick on.

The show at Unlimited went well and I’ve performed it a few times since – weirdly, only in Berlin! Last night though, I did my first performance of Stand Up, Sit Down, Roll Over in Portland.

I really enjoyed it and I’m looking forward to more performances during our time here – and not just because I get to shout at a geranium. 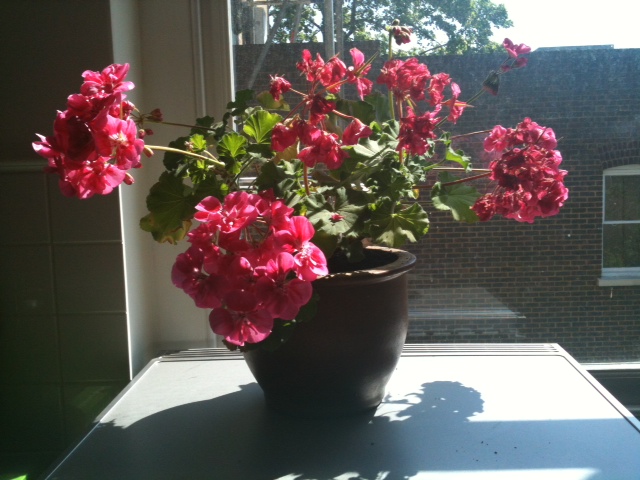 After the performance there was an opportunity to talk, ask questions and use the show as a starting point for conversations about access and inclusion in the arts.

Local Disabled artists and those from further afield will present their work each night too. This evening an incredible Canadian comic called JD performed and still to come are pieces from Wobbly Dance, The Disability Art and Culture Project, Lara Klingeman, Anna Sell and Cheryl Green.

I passionately believe in the power of laughter and at a time of increasing division it’s more important than ever that we share laughs, bring people together and bring down barriers.

I can’t wait to do it again tonight!