Guest posts from the amazing creatives, supported by our Young Artist Development Programme (YADP), continue, and this week’s spotlight is on Beth Greenwood. Over to you Beth.

Most often, the type of art that inspires me isn’t displayed in galleries or in a physical place. It’s usually on a blog or social media, and I also prefer my own art being displayed this way as it has a greater reach. Blog posts are one of the ways in which I came across Chloe Evelyn – a photographer who did a project on their Tourettes by taking photos of their tics.

This struck a chord with me – it showed a side of Tourettes which isn’t just coprolalia (swearing), a ‘different’ side which the media often downplay or ignore. It made me think about how, through visual art, I could show my premonitory urges and Tourettic OCD to the world. It also showed me that through these online channels we can spark conversation and change – which is something I’ve been passionate about from a neurodiverse perspective for a long time.

The project presented some challenges as I sometimes struggled to capture the tics I wanted to. This is because tics, as you most likely know, are involuntary and unpredictable. I spent a full day attempting to get the set-up right, but my images were often out of frame or blurry. By the end of the process, I managed to get three good images. 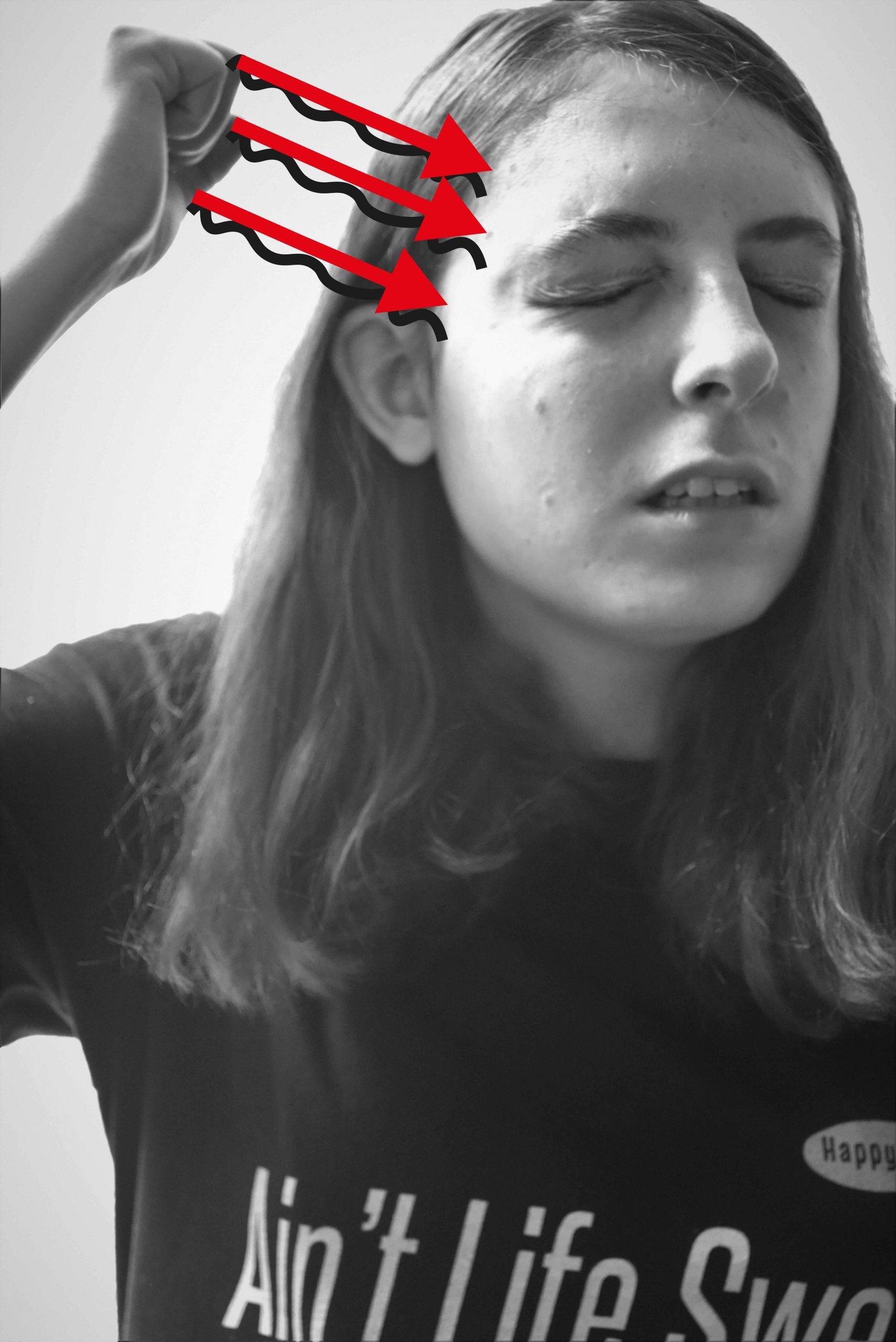 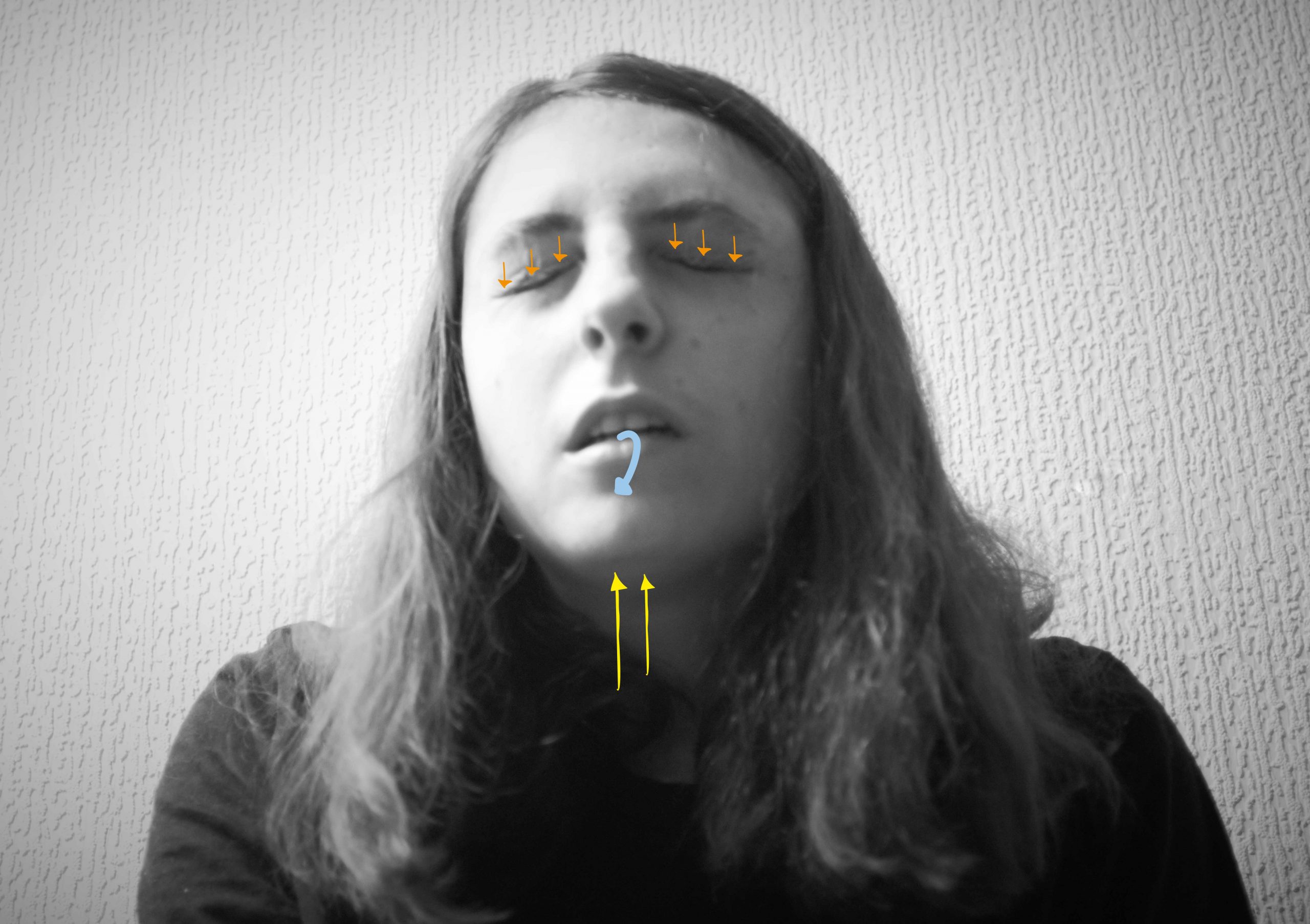 I had a few ideas for my main tics as you can see in the images, but I also have a throwing tic, where the premonitory urge feels like pins and needles. I wanted to capture this but didn’t manage to, no matter how many objects I held in the shoot for this project.

Like Chloe Evelyn I chose black and white because that made the premonitory urges and Tourettic OCD thoughts stand out against the image. I chose the technique of drawing over the images digitally as I wanted it to be as simple as possible visually, so people could understand the meaning I want to convey. For example, in the whistling picture, I wanted to show the repetition that Tourettic OCD leads me to do in search of a perfect, ideal, tic or sound. The use of colour on this image clearly shows the difference between that sound, and the sounds I am producing through the whistling.

To further this project, I’d like to capture other people’s tics and show their premonitory urges but it’s something I’ve not been able to do because of the pandemic. I’m involved in various Tourettes community groups, including one I run myself, through the Society for Neurodiversity, and I’m aiming to continue the project through collaboration with my contacts there.

Thanks, Beth, for sharing your poignant artworks, your creative process and your inspiration so clearly. Look out for more guest posts from YADP artists in the next few weeks.