Venturing out into the city I love after more than a year of shielding has given me loads of opportunities recently to see the world from new angles. Last night I did this in a very literal and dramatic way. 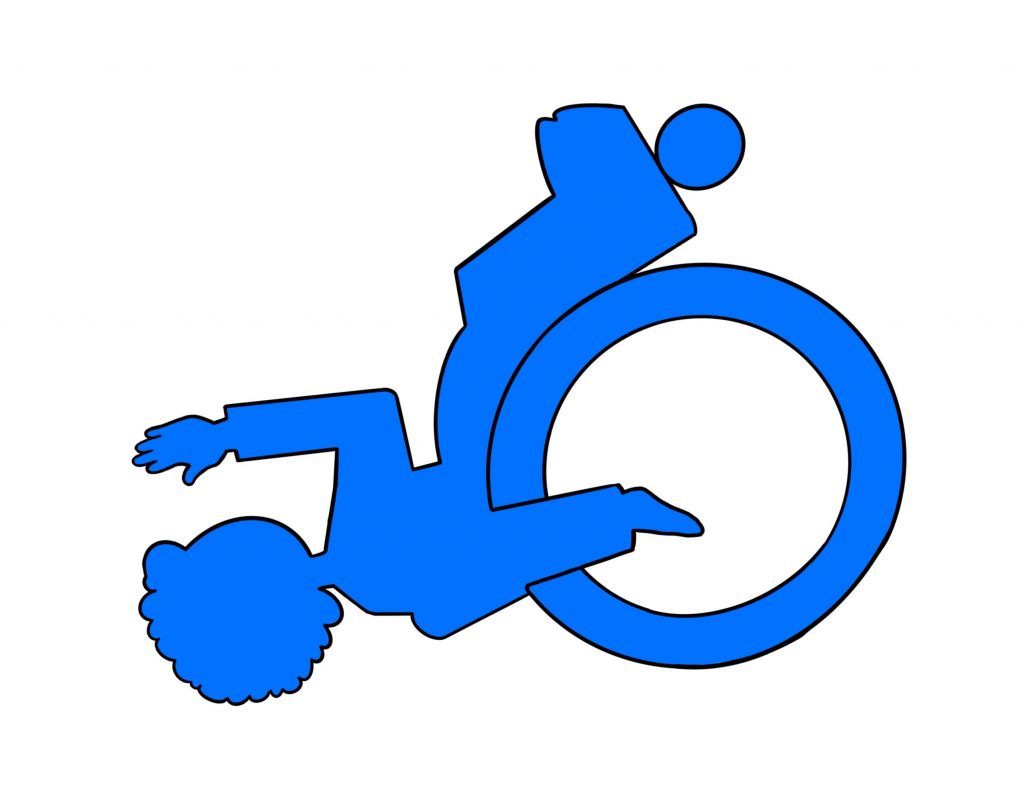 Bovie and I had been for a swim at my local hydrotherapy pool. I’m super-lucky to have this facility within walking distance and for it to be open again after months of lockdown. As it was a nice evening, we took the scenic route home.

As Bovie pushed me along a narrow pavement we were confronted by a large bush which partly blocked our path. There was no drop-kerb to help us get off the pavement and we both thought there was just enough space to squeeze by. I tried to hold the bush back a bit while Bovie pushed my chair. Neither of us is quite sure why, but we overbalanced, and my wheelchair suddenly fell backwards.

Everything went into slow motion – I could feel Bovie trying to break my fall and heard her cry out in shock. Moments later I found myself on my back looking up at the clear evening sky, still strapped into my chair.

I’ve used a wheelchair for almost a decade, and I probably fall out a couple of times a year. It’s always shocking and nearly always caused by an issues such as potholes or kerbs hidden by leaves. But in the last year, because I’ve been out and about a lot less, I’ve had fewer unexpected encounters with the pavement. This was a reunion I could have done without.

Bovie hit her knee on the ground, and I banged my elbows and head, but neither of us was badly hurt. With me lying on the floor, wheels in the air, we slowly worked out what to do. I didn’t want Bovie to hurt herself trying to lift me and the chair up by herself. Thankfully two people who’d seen everything came to our aid and they helped separate me from the chair, righted it and then helped me back in. By then I was liberally covered in bits of the bush, so Bovie brushed me down. We thanked the people who’d helped us and slowly made our way home.

Other than some bruises, neither of us was hurt, but it did take us both a while to recover. It made me wonder if I was out of practice dealing with barriers like big bushes and wonky pavements.

The castle is very accessible, and I can move around it easily. But after a year of not having to risk-assess every move, it’s possible my judgement might be a bit rusty. Of course, I shouldn’t need these skills – all public spaces should be accessible to everybody – but as my fall last night demonstrates, this is far from reality.

If we were all a bit better at identifying barriers in our surroundings and taking action to address them, disabled people would have less work to do and would end up taking fewer risks.

A few months ago Bean saw a man cutting back a bush on the way to our favourite park. She thanked him for cutting it and said now we can get past without going on the road. She understood the issue and appreciated the person taking care of it and she was three and a half!

“A bush in the hand is worth five in the bed.”
“On your marks get set, befuddle a bush.”
“You take the long bush and I’ll take the wide bush and fish fingers will be sandwiched before you.”