Leftwing Idiot, among other things, is a self-confessed Sneaker Head. As he often reminds me, he’s been that way since secondary school when having the wrong pair of trainers was a risky business. Apart from the occasional wild goose chase across town for an exclusive release (and a controversial amount of storage space in the castle) this obsession has had very little negative impact on me. In fact, one upside is that I generally have a pretty good idea about what shoes are coming out when. This, for example, is how I know that last month Nike brought out the brand new GO FlyEase – their first ever hands-free shoe.

Some of you might have heard about this project already because it got some criticism online for removing any mention of disability in the marketing material, when it had been central to the design process.

Despite this I, amongst many other disabled people, was very excited by the prospect of getting my feet on a pair of hands-free shoes.

In the launch video Haley Toelle, designer at Nike Innovation’ says, “You always design for the most extreme case, that’s the hardest thing to do, and then it opens it up to everybody.”

This is central to the spirit of inclusive design – and, although I don’t necessarily agree with the terminology used, according to Haley I would be an ‘extreme case’: I have limited dexterity in both my hands and struggle with getting regular shoes on or off.

The GO FlyEase sounded revolutionary. Unfortunately though, I missed the launch – Leftwing Idiot had one or two things to say about that – and all three versions sold out immediately. I was pretty disappointed, but Leftwing Idiot took it as a challenge and set about trying to find me a pair from a reseller.

When bought directly from Nike, these shoes were £106 – quite expensive but worth it as an experiment in my opinion. On the same day, the online marketplace StockX were listing them at around £250 – a massive markup and more than I felt able to spend. The resale business for trainers is huge, with some of the most sought-after pairs going to over £40,000!!!!

How people choose to spend their money is up to them, but it was a massive shame to see the Go FlyEase get swept up in this process in a way that made a potentially life-changing product for so many disabled people immediately unaffordable and out of reach. 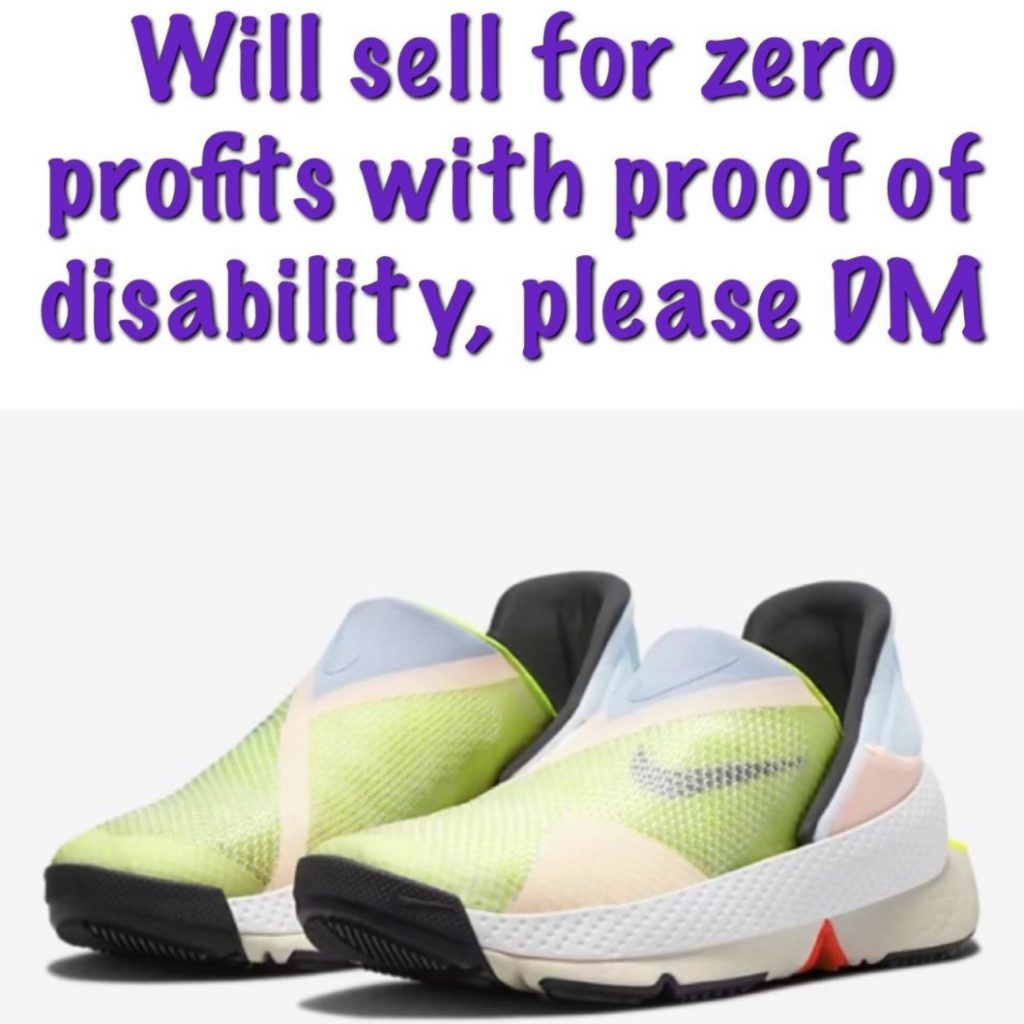 While the idea of ‘proof of disability’ is uncomfortable and misleading, the seller seemed to be coming from a genuine place and Leftwing Idiot struck up a conversation and sure enough, based on trust alone, was able to make a deal. The shoes themselves still had to reach the seller from Nike before they were able to send them on.

And here’s where it gets really interesting. I got a sense from the listing that the seller had some personal connection with disability. As I mentioned, Nike didn’t highlight the link between disability and this shoe at all so most non-disabled people would be forgiven for failing to make the connection. This seller though seemingly had, and it I wondered why

A few days passed and Leftwing Idiot got a message to say that the trainers had arrived but that the seller was unable to ship them straight away because they were shielding! Of course, Leftwing Idiot didn’t ask for details about why the seller was shielding, but they did have an interesting conversation about what that’s felt like over the past few months and there was lots of common ground.

The shoes arrived soon after and are everything I hoped they’d be! 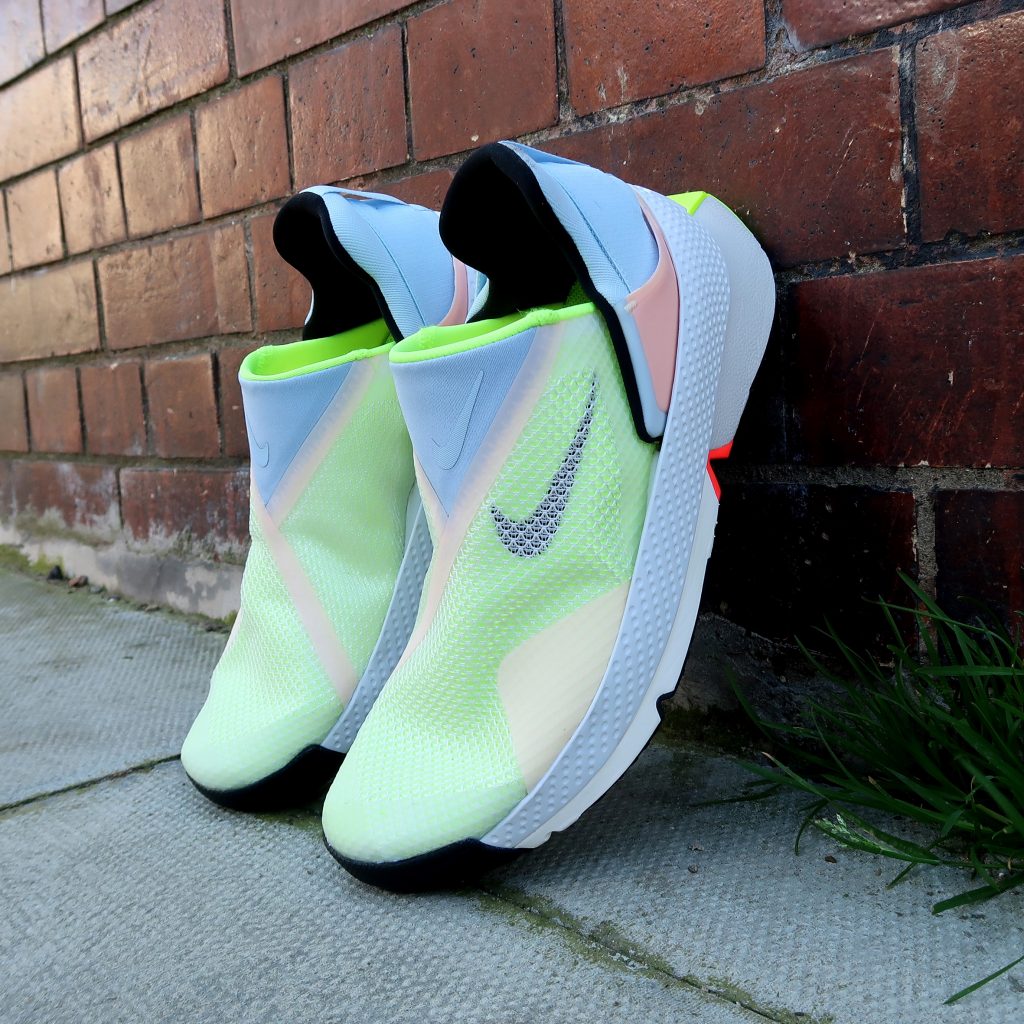 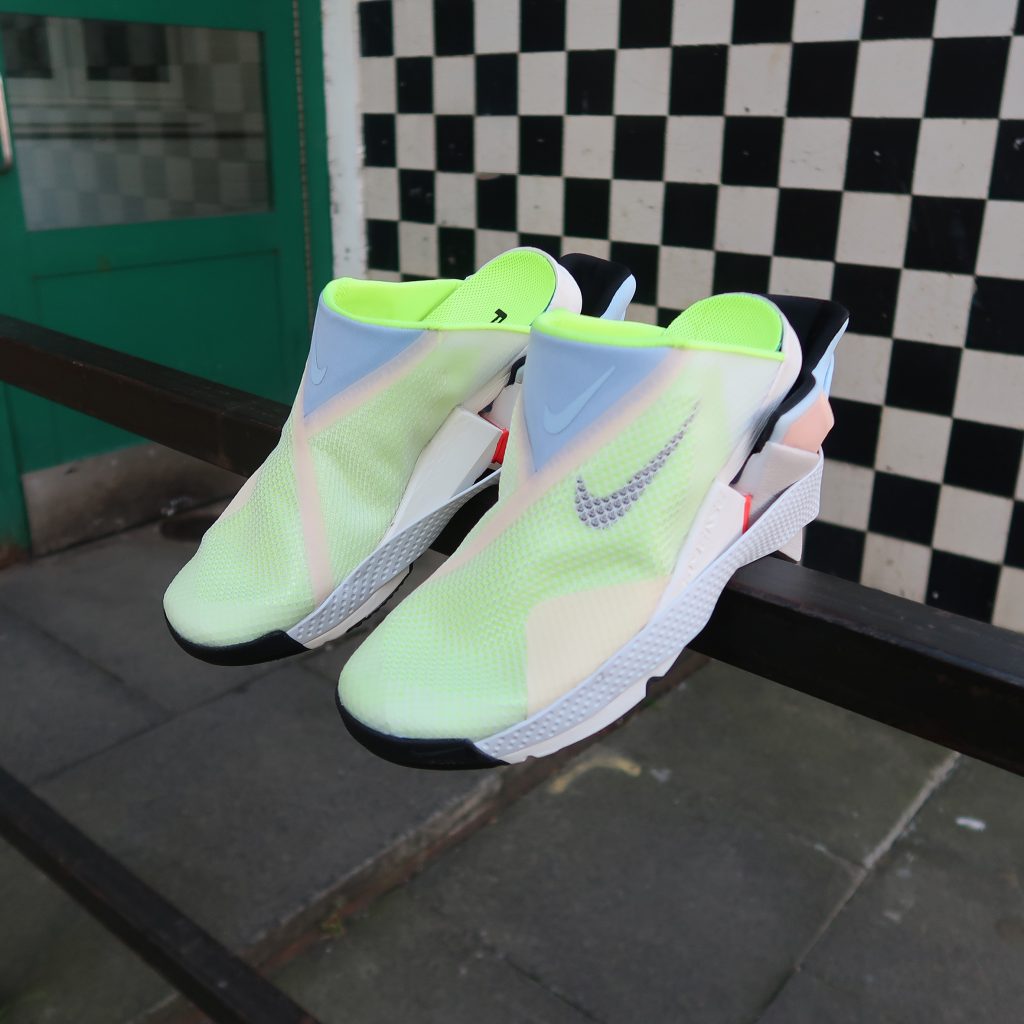 I’m delighted with these new trainers and I’m also really happy with how I ended up with them. Solidarity is central to my understanding of disability culture and this felt like a perfect example of that mutual cooperation in action. The seller, with their own experiences of shielding, let me have these shoes at cost because they would be of benefit to me as a disabled person. This was done on trust and it’s worked out beautifully!

My only sadness about all this is what a missed opportunity it was for Nike. So, here’s my message to them: disability isn’t an ugly word and linking your products to it won’t hurt your sales. The past year has been incredibly tough for disabled people and you created a product that’s exciting and potentially life-changing for so many of us.

You could’ve got on board with the tiny act of solidarity I experienced and created a massive change for disabled people across the world at a much-needed time.

I’d like to congratulate Haley and the rest of the team who developed this incredible shoe and offer an open invitation to talk about how you could make your products more accessible to disabled people in the future. The Go FlyEase are definitely a step in the right direction but the experience of getting them was far from easy.