Over the last fifteen years or so I’ve read quite a few research articles on Tourettes, many of them focused on the effectiveness of various treatments. Recently we were contacted by a researcher with a very different area of interest and it felt to me like an exciting and intriguing area of investigation.

Mairym Llorens Monteserín is a graduate student in the Department of Linguistics at the University of Southern California. She’s been studying the sonic differences between spoken language and tics. She’ll be traveling to London in a few weeks to undertake a study with some people with Tourettes based here in the UK. I can’t wait to be involved and she’s looking for other people who might be interested too.

Over to Mariym to explain more about her work: 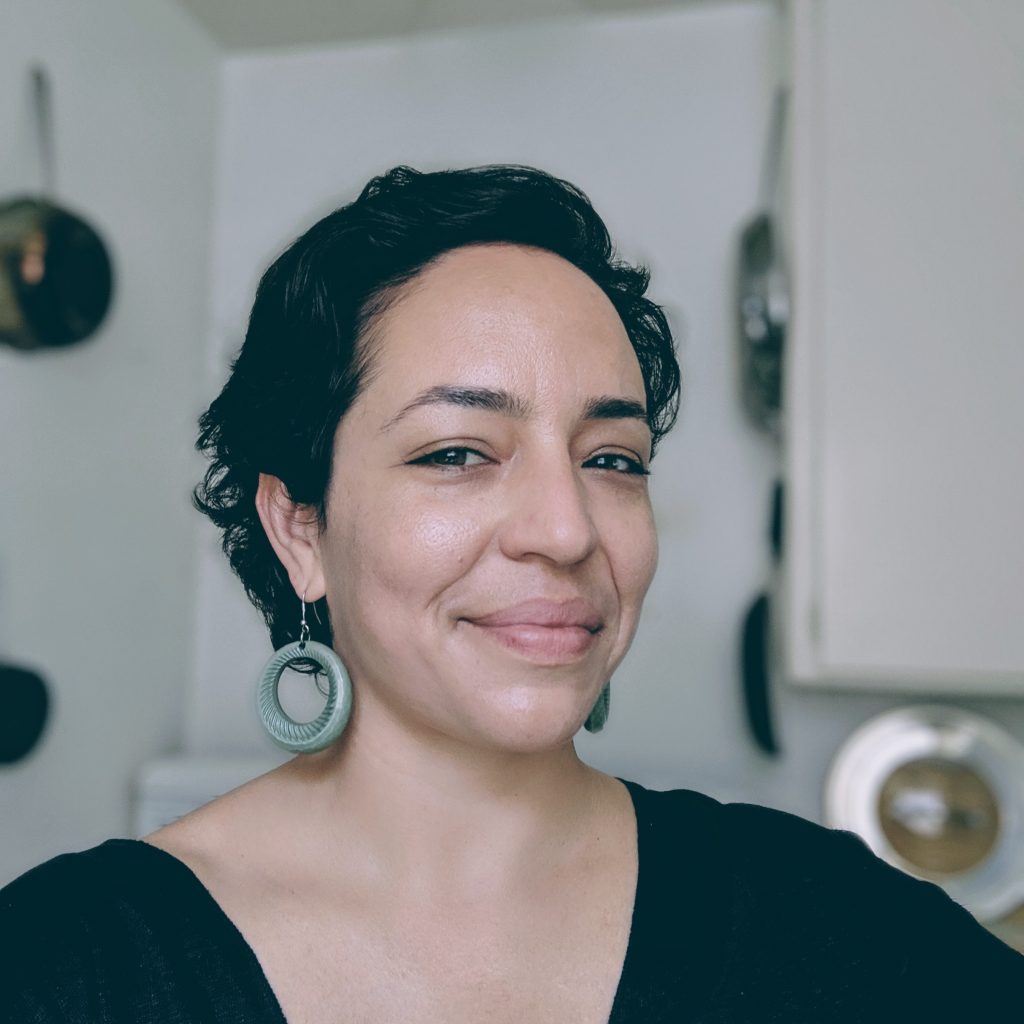 You may not have thought of this before, but we use our voice for all sorts of different things every day. Talking, singing, and shouting during a basketball game are just some of the activities that we do on a regular basis that make use of our voice. Vocal tics like yips, words, and phrases are no different—they are examples of behaviors we produce using our voice.

Vocal behavior of any kind requires vibration of the vocal folds. To get this vibration
going, air flows up from our lungs through our windpipe into our larynx, the structure that houses our vocal folds. The folds are delicate membranes that jiggle, or vibrate, when air flows by them. The vocal folds aren’t always vibrating close to each other—sometimes they are far apart and no vibration will occur. Check out the video below that shows how bits of cartilage, through the action of muscles attached to them, move the folds so that they are far apart from each other or close together. When they are close together, they vibrate, and that’s where our voice comes from!

You can test this out for yourself: place your fingers over your larynx, the bulgy thing in the middle of the front of your neck, and compare what you feel on your fingertips when you produce the sound “ah” versus the sound “s”. During the “ah”, the larynx vibrates; during “s” there is no vibration. As you can imagine, vibration of the vocal folds to make the sounds of language is a highly developed skill in speech. But what about when we are producing vocal tics that sound like words or phrases? Tics aren’t intentional—they aren’t anything the person wants to say. Still, they manage to sound like words and phrases, so the carefully coordinated actions inside the larynx must be going on roughly as they do in speech. And yet, words and phrases that are tics also sound different than regular speech somehow.

This is something that is noticeable in the voice of Touretteshero —during the TEDx Talk she gave in 2013.

What is it about her voice that makes the tics sound different from her speech? One thing we’ve learned thanks to decades of research on voicing is that different talkers each have their own special “average pitch”. It’s one of the reasons we don’t all sound exactly the same when we talk, some people sound like their voice is high pitched while others seem to have a deep voice.

There are a bunch of different factors that determine how high or low your voice is going to be, but the end result is that we always basically sound like ourselves when we speak (even when we’re pretending to be someone else). I wanted to find out if Touretteshero’s average pitch during speech was the same or different from her average pitch during her tics, so I used the audio from her TEDx talk to find out.

Method
First, I transcribed the audio of Touretteshero’s talk. That means that I typed up what Touretteshero was saying throughout the talk, up until the part where she starts performing the musical piece with the beeps and boops.

A college student helped me with this – thanks Maemae! Once we had the transcription, we could identify the intervals of time during which Touretteshero was speaking or ticcing. The next step was to take the audio from all the speech parts and calculate the average pitch of Touretteshero’ speech. This is done with the help of computer software that analyzes the rate of vibration of her vocal folds and finds the fundamental frequency or F0. Average F0 is the acoustic property of her voice that we end up perceiving as her pitch. I found her average pitch for tics using the same method I used to get her average pitch for speech. 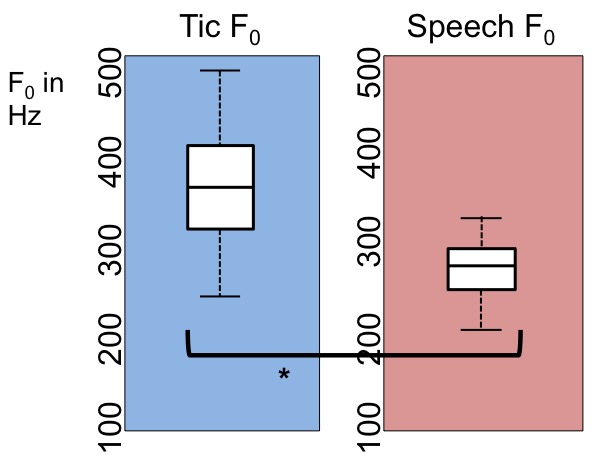 Discussion
From the point of view of a linguist like me, it’s somewhat surprising that Touretteshero’s average pitch during the words and phrases of actual speech is so different from her average pitch during tic words and phrases. After all, up until now we basically would have assumed that each person has a relatively stable average pitch during any speech-like activity. But thinking about it further, it stands to reason that control over the voice during behavior that serves communicative goals should differ from control over the voice during behaviors like ticking that are unintentional.

Further Questions
Why does Touretteshero’s voice differ so much during speech and tics? Is it simply because speech is intentional and planned while tics are more automatic? Or is it something that Touretteshero’s voice has implicitly learned to do in order to help listeners distinguish her actual speech from her tic words and phrases? Furthermore, is such a difference present in the voices of all people living with Tourettes, and are the tics always higher-pitched than the speech?

These questions are interesting because they tell us about differences between goal-directed and automatic behaviors more generally, something we currently don’t have a lot of information about. Comparing the voice during speech and tics is a pretty special opportunity because there aren’t many cases where people do similar things—like producing words and phrases—but under such different modes of neural control.

To answer these and other questions, I am currently travelling around recording the speech and tics of various adults to examine what their voices are like during the two types of behavior. Soon, we’ll be able to see just how the voices of people with Tourettes are used and that will tell us a lot about how the brain controls the voice in all people.

This post made me think about the mechanics of tics in a totally new way and it’ll be fascinating to find out more.

Mariym’s looking for adults with Tourettes who’d be up for being involved while she’s here in the UK. If you’re interested, get in touch with Dr Will Renel who’s working with Mariym on this. The deadline for getting in touch with Will is 5pm on Wednesday 13th November.