My sister had a BBQ yesterday. It was a small gathering of about fifteen close friends. I could see that her two-year-old daughter Bean was very excited by the party but also a bit overwhelmed by so many lovely people who she knows well being there at the same time.

When Leftwing Idiot arrived she took him straight upstairs: I think it was so she could play with him by herself for a bit and have a little break from the busyness of downstairs.

When they came down together a little while later she was holding a colourful drawing. She walked into the middle of everyone and paused for a moment. After the little hesitation she purposefully ripped the drawing in half and then again into quarters. She gave Leftwing Idiot a piece of the art and then ripped the other bits into even smaller pieces. She handed me two of these, and then went on distributing them until everyone had a piece of the drawing.

She stood back, seemingly pleased with her work and then went off to play inside. 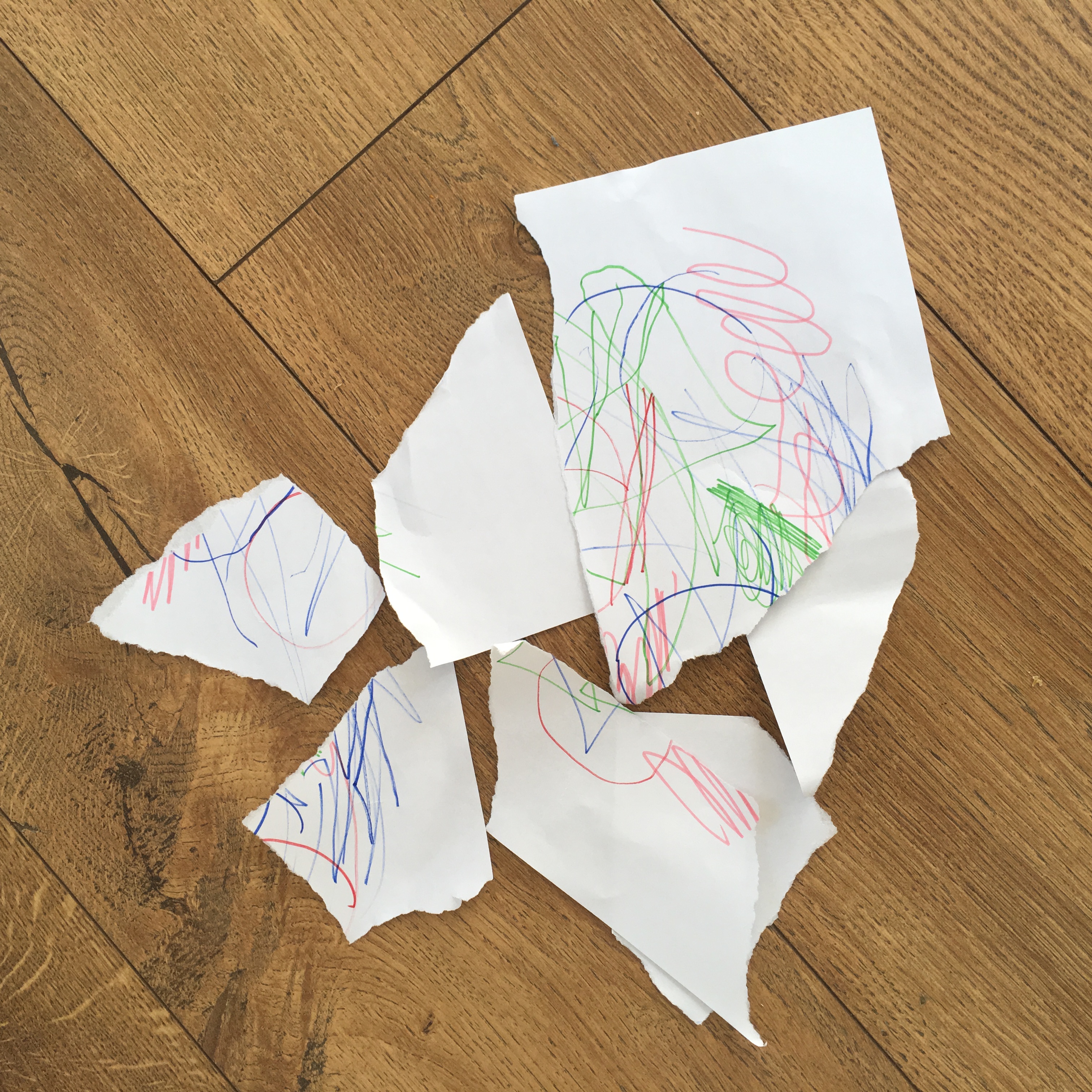 I’ve worked with children for a long time but I’ve never before seen any take this approach to sharing their art.

It made me think of something Leftwing Idiot said a few months ago. When I’d been worrying about needing more rest breaks than everyone else at work he said ‘We can take a socialist approach to energy – everyone puts in the energy they have and we make things happen with that; if we are all tired at the end of the day then that is fair.’ This idea made sense to me immediately and it also took a huge weight of worry off me. Whenever I’ve started to worry about needing to rest I’ve thought of this idea of ‘socialist energy’.

Bean took a piece of her art and shared it out so everyone had a bit: at Touretteshero we put pieces of our energy in so we can make art.