A few days ago I had a visit from my occupational therapist (OT) and a surveyor from my local Council. They’d come to discuss making my bathroom safer and more accessible.

The surveyor was late and while we waited I quizzed my OT about how other disabled people had made their kitchens more accessible. My arm tics and poor impulse control mean I don’t prepare my own meals, but I would like to be able to see what’s in the cupboards or fridge more easily. I explained that it wasn’t a priority and that I’d wait until my cupboards needed replacing before looking into it more deeply.

The following day I got to see exactly what was in the cupboards because they fell off the wall! 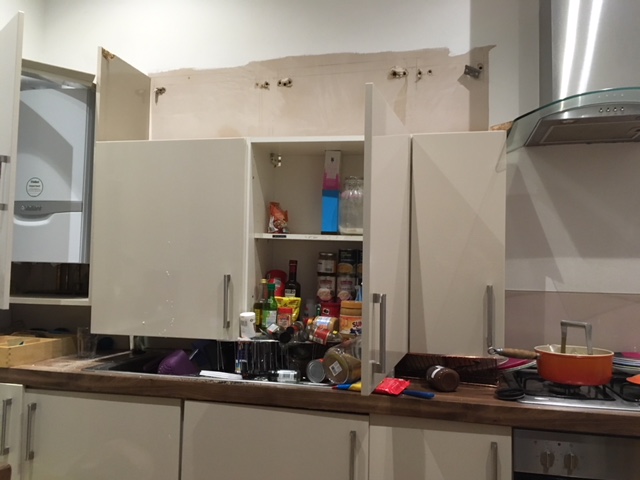 I hadn’t expected them to need replacing quite so soon. It goes without saying that I feel extremely lucky that no one was hurt. It was my new support worker Harriet’s first night and I told her it was an elaborate test to see how she would cope with emergencies. If it had been, she would definitely have passed – clearing up the chaos calmly and thoroughly with the help of King Russell who rushed over to help us make everything safe.

The tap was another casualty of this unexpected fall – it took a direct hit as did an olive oil bottle that remarkably didn’t smash, but is now wildly misshapen. 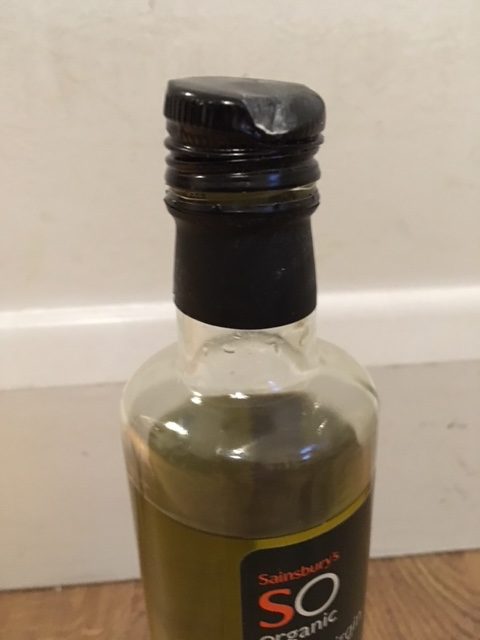 One thing I’ve learnt from this is that, though my tics might overreact at the mild peril of Toy Story 3 or the minor excitement of people rolling their r’s, in an actual crisis I’m as cool as a cucumber.

Or a least a cucumber who says biscuit a lot.