A couple of years ago I was in Portland, Oregon performing at a festival. We were over there for a couple of weeks and had an incredible time. This was partly because of the place and the people, but also because cannabis is legal in Oregon. So, while I was there, I was able to use cannabis gummies that had a very positive impact on my wellbeing. Not only did they help me manage my pain and get better sleep, I also think they had a positive impact on my tics. So, it was frustrating to know that back in the UK I wouldn’t be able to access a treatment option I knew worked well for me.

When I’d gone to Portland, I was in a bad way physically. I wasn’t able to eat without feeling sick, chronic pain was affecting my sleep and my mood, and all of this was impacting on my tics. Suddenly having access to a drug that radically improved all of this was a revelation. Because it is legal over there, I didn’t have to take ‘pot luck’ with dosages and I could get knowledgeable advise from people working at the dispensary.

The positive impact of cannabis was transformative. This was summed up best by Leftwing Idiot who said, “it’s been amazing you’ve been laughing again.” While this was true, it made me sad to realise needlessly hard things had been before that.

Back in London I discussed my positive experience with my Tourettes consultant. I knew from previous conversations that she’d been following the use of cannabis-based medications for some time, and that she had tried in the past to get approval for a medical trial, but without success.

We were contacted recently by an organisation called Drug Science who are involved in an initiative called Project Twenty21. While this isn’t a drug trial, it is an observational study gathering real-world data that has the potential to increase understanding of medical cannabis and its uses. 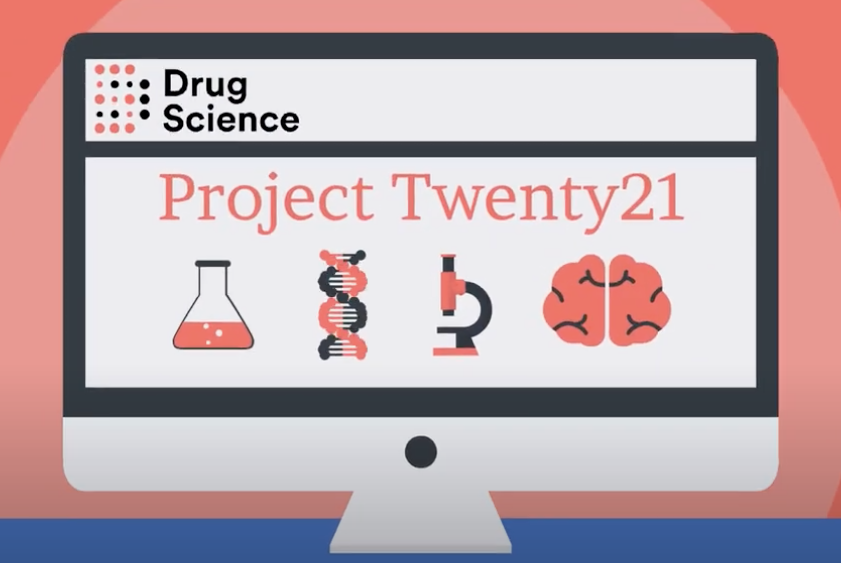 Tourettes is one of the eligible conditions for this study, along with others that include: MS, PTSD, chronic pain, anxiety, and epilepsy. Because this isn’t a trial or an NHS treatment, there are costs involved and these are described here.

Excitingly, the Twenty21 team are hosting an online panel discussion on Thursday 17th June to provide an opportunity to learn more and hear about other people’s experiences of the project. They’ve made an animation to explain the process that I’ve found really helpful.

I’m currently prescribed a range of addictive and potentially dangerous medications, but up until now, short of moving to the US, there’s been no way to legally access a treatment option that I know helps me across the board. I’m always careful when sharing information about medications because their use is so individual, but having had a positive experience myself in Portland, and knowing some of the professionals involved in Project Twenty21, this feels like an intriguing development and I’m certainly keen to find out more.