I’ve been living at the castle for almost ten years! But, surprisingly, moving home was a lot less dramatic than some of the other changes that were going on in my life back then.

My tics had been affecting my mobility for several years and a month after moving in I got my first wheelchair. That was the first major change. The second was that I needed more support than ever, and soon after I’d moved in, a 24-hour a day care package began, which is the level of support I still have.

These changes sound tricky but they were very positive steps and have meant I’ve been happier and more independent than I could have dreamed of at the time.

When I moved in, an occupational therapist (OT) visited to help make the castle as safe as possible. OTs are generally brilliant: their job is to provide practical interventions or equipment to make life easier.

On that first visit to the castle my OT prescribed an inflatable bath lift, and I’ve been using the same type ever since – they’ve worked well for me in some ways but they’ve often broken and needed to be replaced.

Whenever this has happened, I’ve called Medequip, the company that supplies equipment on behalf of the local Council. They’ve collected the broken lift and brought a refurbished replacement. It’s great for the environment that equipment is being repaired and not just chucked away, but lots of the refurbished lifts haven’t worked properly. 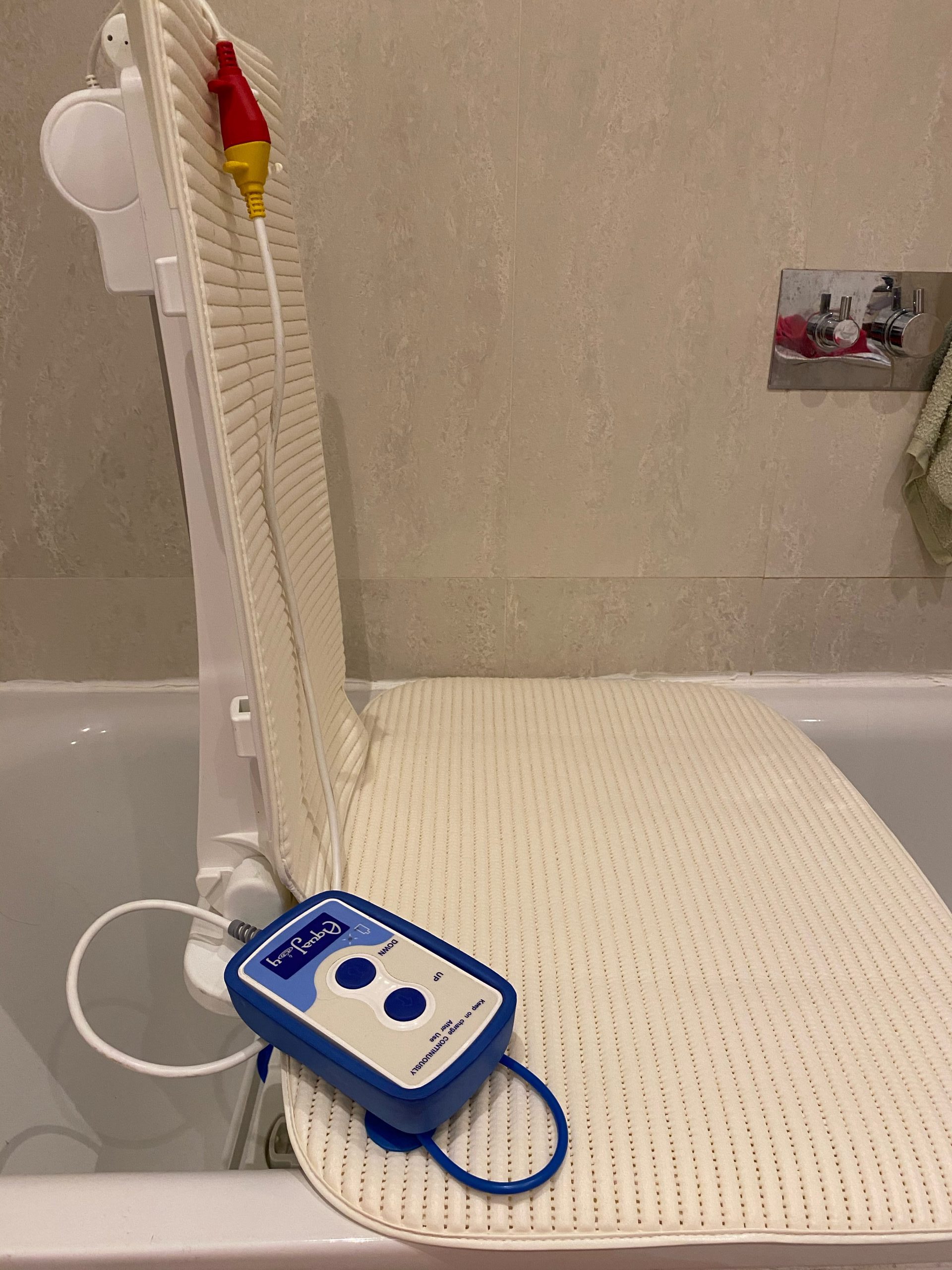 In the last few months I’ve been given at least four broken lifts. I got so frustrated by this that I made a formal complaint. In the end an OT called me, and I explained the issue in detail. She suggested I try a more robust type, and one of these arrived today. It’s great, and so far, it’s working really well. It’s still light-weight and easy to set up but it’s also more stable and feels much safer.

While the process has been frustrating in parts I’ve ended up with a better solution in the long run and I’ve got everything crossed that it’ll keep on working. In the meantime I’ll keep trying to get Medeuip to record faults so they can fix things more effectively.

Right now, though, I’m enjoying the weight lifting from my mind.