Like all super villains and/or daft comedy characters, Theresa May has a catchphrase. It isn’t “Exterminate!” like the Daleks, although that would fit with her polices, and It certainly isn’t, “I have a cunning plan” like Baldrick in Blackadder.

Theresa’s catchphrase is “Strong and stable”, and she says it an awful lot, probably as much as I say biscuit. I’m pretty sure, for her, it’s not a tic though. Either way it’s inspired mine – they’ve absorbed her mantra and they’ve been spitting it back out with some beautifully off-message twists: 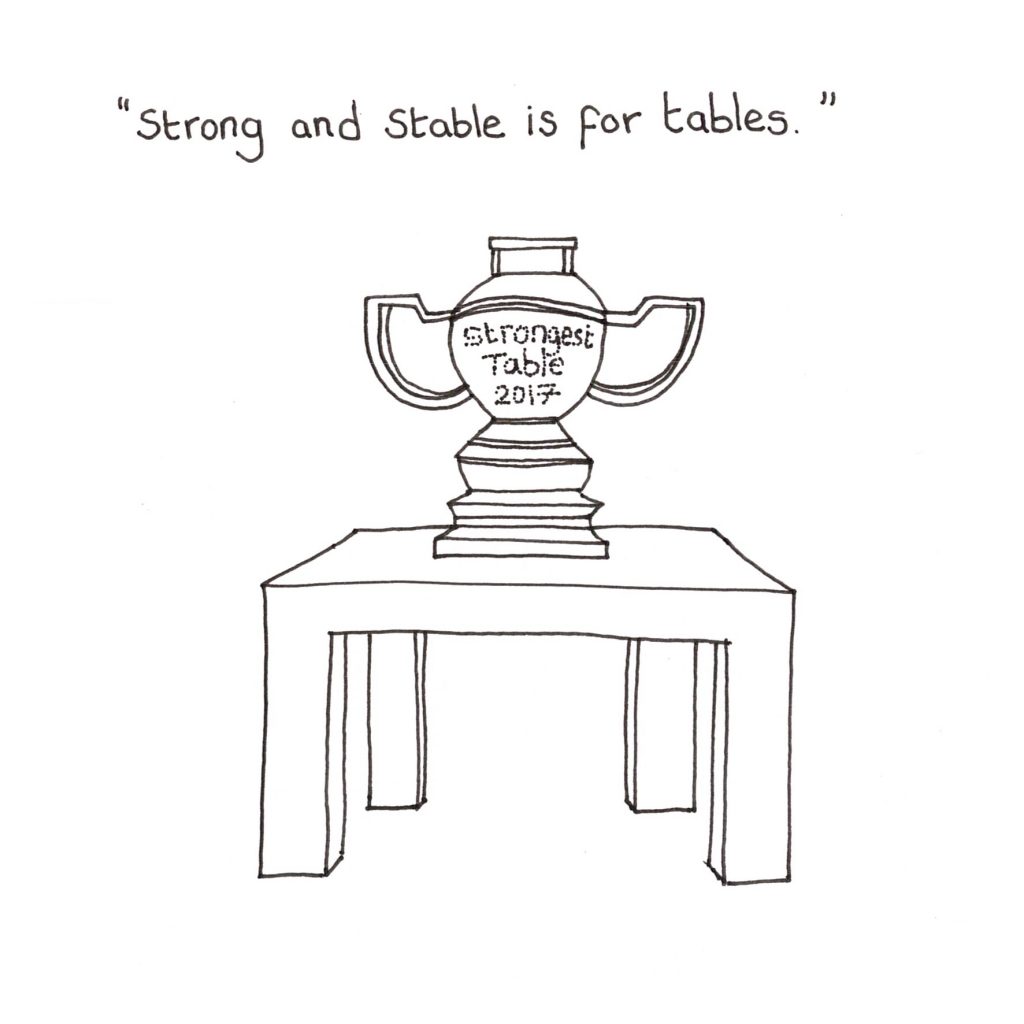 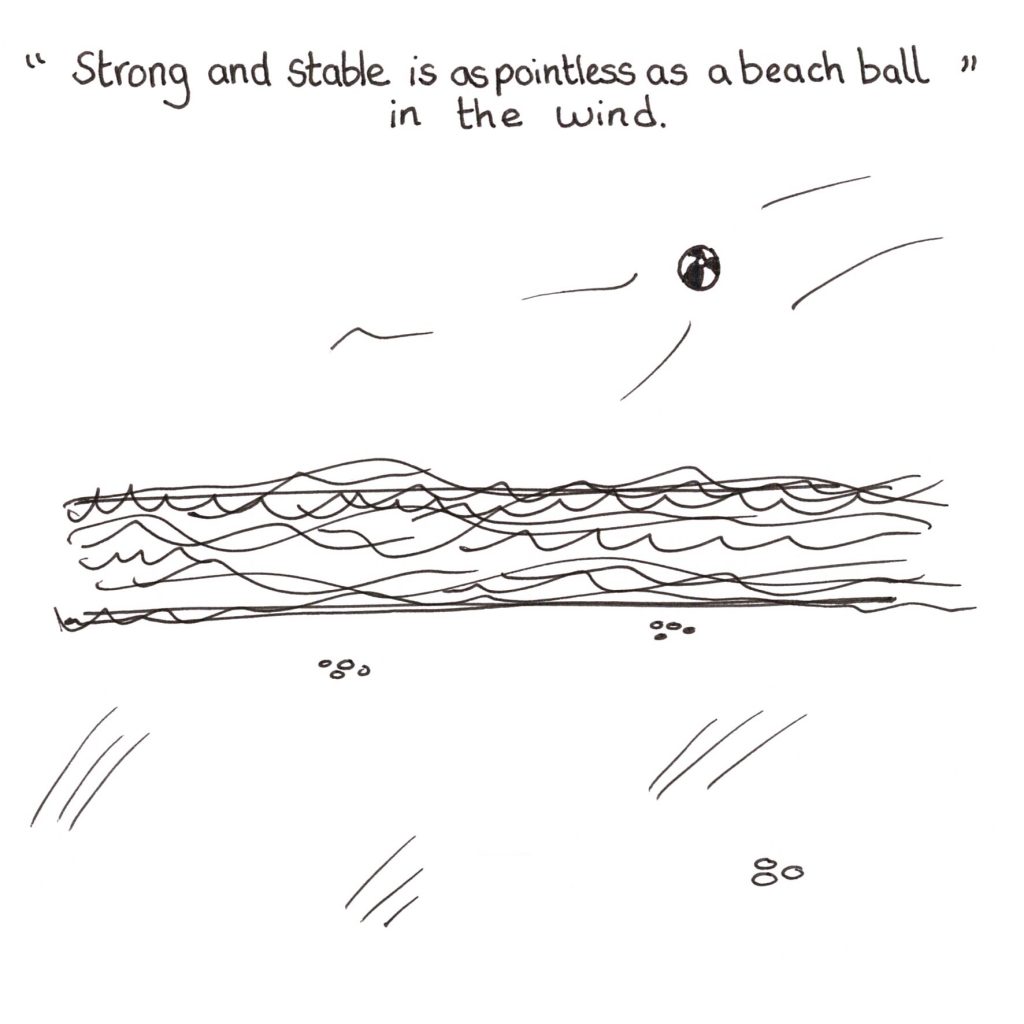 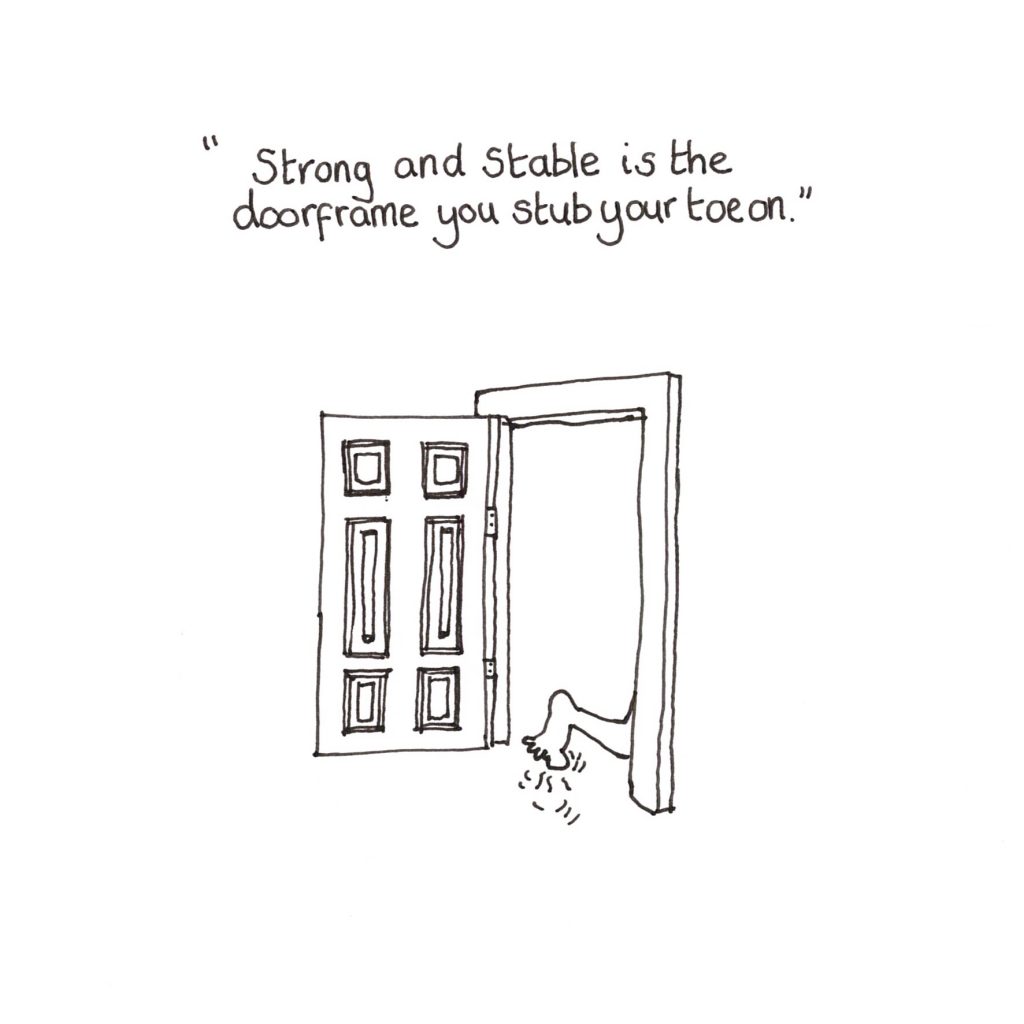 I’m not sure about you, but when I’m choosing a Prime Minster I’d like to know what they stand for not how often they can repeat a banal focus-group-approved sound-bite.